As the UK energy generation portfolio brings in more power from renewable sources such as wind and solar, conventional thermal power plants, that run on coal or natural gas, will need to become more flexible. This is because power from these renewable sources is weather dependent , and by nature variable. On windy or sunny days for example, sufficient energy could be produced from renewable sources to meet demand. But, on the days when the amount of renewable energy generated falls short of demand, thermal power stations need to fill the gap to ensure there is enough energy to run the UK economy and homes. Thermal power stations must therefore, be increasingly able to cope with rapid ramping, startup and shutdown of operations.

Whilst thermal power stations are in use, it is vital that their adverse effect on the climate is mitigated, at an acceptable cost to society. This can be done with Carbon Capture and Storage (CCS) technology, which is a method of capturing CO2 from emissions sources, like power stations, before it is released into the atmosphere, and storing it safely deep underground.  An analysis of possible power sector decarbonisation scenarios for the UK predicts that without CCS, the cost of delivering climate change targets will double from 1% to 2% of GDP (ETI, 2015).

A new paper, titled “A pilot-scale study of dynamic response scenarios for the flexible operation of post-combustion CO2 capture” outlines how thermal power plants fitted with CCS respond to changing operation levels and looks at possible options to keep carbon capture levels optimal under these circumstances. There are various methods of CCS in power generation, but this paper focuses on post-combustion capture (PCC) with amines because it is a mature and established technology. There is an operational full-scale facility on 120 MW coal fired plant at Boundary Dam, Canada, and numerous pilot-scale facilities worldwide. At the time of writing however, the majority of research carried out on PCC has assumed steady-state operation with a consistent power plant output and flue gas flow rate/composition, rather than the flexible scenarios described above.

By undertaking a series of dedicated pilot plant test campaigns, the paper confirms that no significant barriers to flexible operation of amine post-combustion capture are found, but there are factors that can affect the rate of carbon capture following a perturbation, such as solvent inventory and circulation times. The paper goes on to suggest potential methods for increasing CCS plant flexibility and recommends further study to ensure CO2 capture rates are maximised as the UK continues to demand greater flexibility in its energy supply. 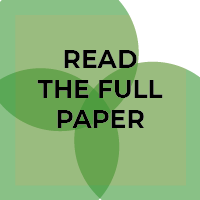