A good day on the road to CCUS deployment

Home » A good day on the road to CCUS deployment

Today (27 June) the UK Government legally committed to a net zero greenhouse gas emissions target by 2050 and announced that £26million has been awarded to accelerate the rollout of CCUS across the country. 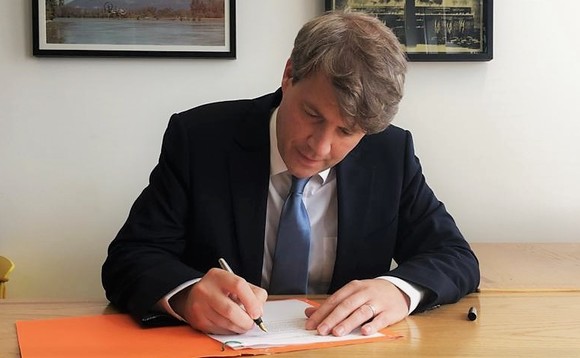 These announcements come after the recently published Committee on Climate Change Report, “Net Zero: The UK’s contribution to stopping global warming”, re-affirmed the vital role of CCUS in meeting this target. The report said in industry, hydrogen production, electricity generation and negative emissions technologies “CCS is a necessity, not an option, for reaching net-zero greenhouse gas emissions”.

In reference to the signing of the statutory instrument to amend the Climate Change Act, the Energy and Clean Growth Minister Chris Skidmore said:

“The UK kick-started the Industrial Revolution, which was responsible for economic growth across the globe but also for increasing emissions.

“Today we’re leading the world yet again in becoming the first major economy to pass new laws to reduce emissions to net zero by 2050 while remaining committed to growing the economy – putting clean growth at the heart of our modern Industrial Strategy.”

In reference to the £26million awarded for CCUS projects Skidmore said:

“Carbon capture, utilisation and storage has an essential role to play in our efforts to tackle climate change, helping us to meet our ambition to end our contribution to global warming entirely by 2050.”

“A combination of £26M BEIS funding for CCUS and passing a 2050 net-zero target into law on the same day is a good example of joined-up government. The supported CCUS projects cover a wide range of deployment and innovation activities; the challenge now is for the funders and the CCUS community to ensure that these elements of the programme can also be joined up effectively to deliver cost-reduction and economic benefits for the UK.”

The full list of projects which have secured funding is as follows:

The CCUD programme is designed to encourage industrial sites to capture carbon dioxide of up to 70,000 tonnes per year, which could then be used commercially in industrial applications. £20 million has been made available, of which nearly £5 million is being awarded today. It is intended to demonstrate how such projects can be replicated in the UK and Europe to deploy a pipeline of CCU projects for wide-scale deployment in the 2030s.

In July 2018 a £15 million Call for CCUS innovation was announced to offer grant funding to projects which would reduce the cost or accelerate the rollout of CCUS in the UK and internationally. Following a review in January 2019 the amount of funding being made available was increased to £24 million.