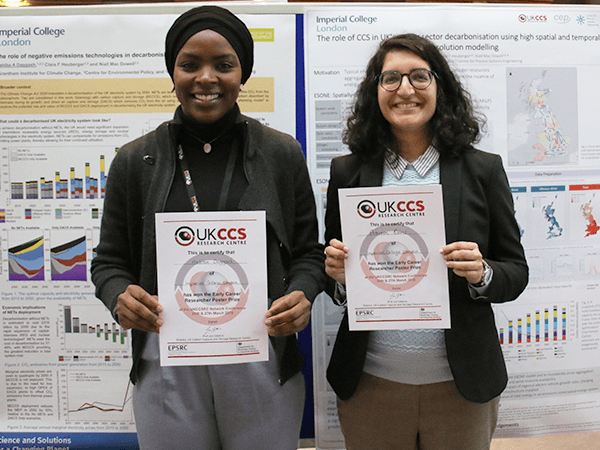 On 27th March the UKCCSRC announced the latest winners of its Early Career Researcher Poster Competition. The announcement was made as the finale to the two-day conference “Delivering the New CCS Agenda” held at the University of Cambridge.

Jon Gibbins, UKCCSRC Director said, “This year had a record number of poster entries so competition was especially tough. Both winners produced excellent posters and presented their work to judges clearly and competently.”