The UK CCS Community Network hosted a meeting at the University of Edinburgh on 30-31 March 2010 to bring together all fields of CCS research in addition to government and industry. The meeting aimed to allow attendees to network amongst other CCS researchers and interested non-academics, to update themselves on recent developments in the CCS academic research scene and reinforce links between the project teams. The meeting was open to all academics and to other organisations and individuals with a CCS interest.

On 30 March, Professor Jon Gibbins presented (on Jacqui Williams’ behalf) an overview of the research councils CCS funding and their vision for the future and also gave his own reflective look back on how CCS research has evolved in recent years. Shadow Energy Minister, Charles Hendry then addressed the group on the Conservative plan and expectations for CCS in the future. The afternoon presentations included overviews of three recently funded research projects and a social science view on how CCS research is taking form.

On 31 March, Thea Hutchinson of Ofgem gave an overview of Project Discovery and prompted the group to think further about the policy and modelling issues involved during the break-out groups later that morning. Mike Farley of Doosan Power Systems then gave an industry response to Project Discovery. The group then broke out into 5 groups to further discuss the topics of:

The meeting closed after reconvening to share the output from breakout group discussions.

9.00 Thea Hutchinson, Senior Economist, Ofgem Ofgem’s Project Discovery: are the current arrangements in GB adequate for delivering secure and sustainable electricity and gas supplies over the next 10-15 years?
10.00 Mike Farley, Doosan Power Systems Ltd Comments from industry
11.00 Breakout sessions as above, followed by reporting from each session. 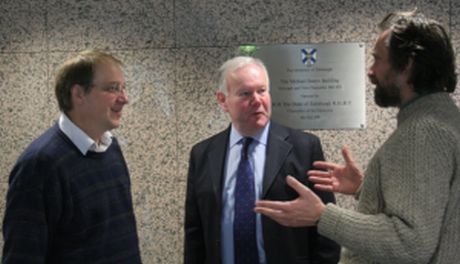