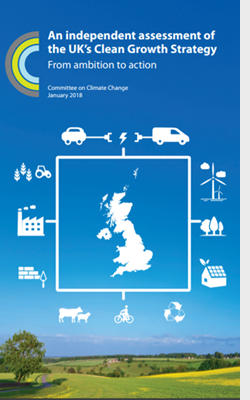 The Committee on Climate Change (CCC) released its response to the Government’s Clean Growth Strategy at a launch event today, hosted by Lord Deben, the Chairman of the CCC. The response, “An independent assessment of the UK’s Clean Growth Strategy: From Ambition to Action,” was welcomed by the UKCCSRC for its clear assertion that the Government should not plan to meet their 2050 decarbonisation targets without Carbon Capture and Storage (CCS). The targets relate to the legally binding commitments the UK Governement made as part of the Paris Agreement. The report states, “A no CCS pathway to even the existing 2050 target is highly challenging and likely to be much more costly to achieve.”

The report acknowledges the Government’s plan to deploy Carbon Capture, Use and Storage, (CCUS) in the 2030s but says the level of detail and funding of CCUS in the Clean Growth Strategy “is not commensurate with its importance” and “the Government should set out plans in 2018 that kick start a UK CCS industry in the 2020s.”

Jon Gibbins, UKCCSRC Director, who attended the launch event said, “The CCC are unequivocal about the need for CCS to reduce the cost of achieving future UK carbon targets. This is a clear signal for the CCS community to work on a range of proposals for cost-effective, large-scale projects that can be turned into rapid deployment.” 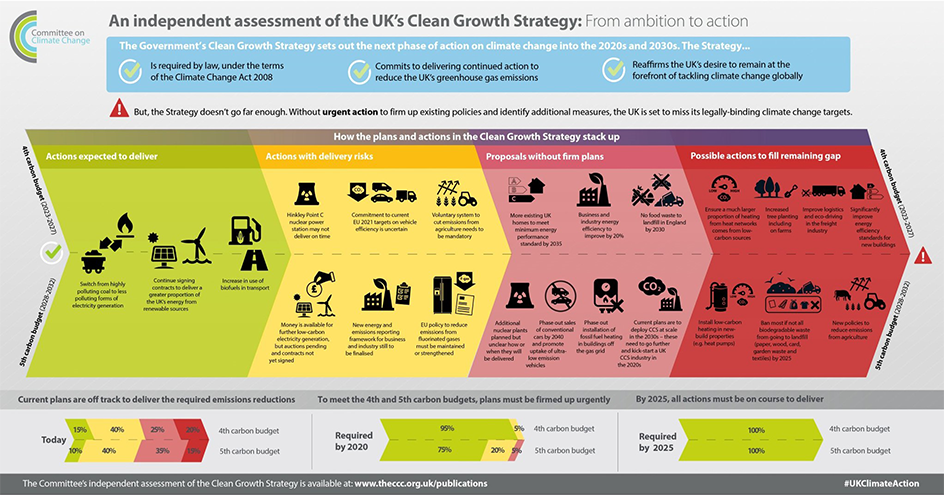