Winter School 2017 Blog: Understanding how our individual research will come together to fill the whole CCS chain

Home » Blog posts » Winter School 2017 Blog: Understanding how our individual research will come together to fill the whole CCS chain 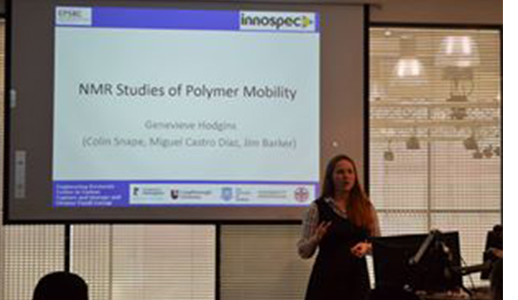 At the end of the second day, we were arranged into groups of five, and were given a consultation document related to energy and carbon emissions to evaluate. The consultations topics were released on the 14th of February 2017 by their respective governing bodies. Poster presentations session took place on the 13th and 14th of February, 2017 in the UKCCSRC funded winter school in Nottingham. Researchers were able to see, network and learn from what their peers were doing in similar fields, ranging from carbon capture, storage, utilization and storage. This gave us an understanding and outlook of how our individual research work will all come together and harmonize to give the whole CCS chain a life at the end of the day.

On the lighter note, the poster session was a medium where we socialized, networked, made friends and hopefully continue to keep in touch and check on one another’s progress on our research endeavours.

On the 15th of February 2017, we embarked on a trip to a GE facility in Rugby to acquire knowledge about a small-scale steam turbine with three pressure modules (HP, IP, LP) which is currently being used for Research analysis.

For organization purposes, we were arranged in groups of five. Upon entering the facility, we were given a task that is currently worked on by their research staff. We were tasked with improving a probe used to measure the velocity and other parameters of the flow leaving one module of the steam turbine (LP).

To facilitate our thinking process, each group was escorted around the facility, specifically around the steam turbine sections. There, we asked questions based on the steam turbine operations and how that affected the probe. After a long-period of brainstorming, each group was told to make oral presentations of their ideas developed. All the ideas presented were analysed and feedback provided on the feasibility of those ideas.

The 16th of February was the last day of the winter school, which was also the day of group presentations and awarding of prizes. One of the final tasks conducted was the group presentations.
This was a great task for the participants to engage in, as it provided the opportunity to express a personal point of view on a policy based on the consultation documents provided earlier in a professional manner and provide reliable validation on the decisions made. Following each group had 6 hours to discuss opinions, share ideas and create a PPT presentation, on the last day each group had 20 minutes to convey their final decision and present their evidence to the decisions made. The judges were highly pleased with all presentations given in which they gave feedback to each group to improve for future references. At the end of the winter school, Prizes were awarded for the best participant individual presentation, best participant individual poster and best group presentation.