Winter School at the University of Sheffield

Home » Blog posts » Winter School at the University of Sheffield

The EPSRC hosted a Winter School at the University of Sheffield. This Winter School was an opportunity for PhD students from the EPSRC and various other universities to present their projects and get valuable experience in sharing their work to an audience.

After Colin Snape started with a welcome the first day of the school started off with speakers Robin Irons, Colin Snape, Andy Barker & Lucy Snape, Mai Bui and Vince Pizzoni. Robin Irons presented the changes that have happened within the energy sector last year, highlighting that coal plants are being shut down in favour of renewables and with Brexit looming over the horizon the UK may experience difficulty given that 4% of the total energy is imported from EU member states.

Colin Snape from the University of Nottingham gave an overview of shale gas within the UK, the key parts of his presentation were that the UK was following the US trend of changing to shale gas and previous estimates were that UK had over 1000 trillion scf of shale gas to extract. Colin’s main findings from tests with shale samples were that the estimate was likely much lower than previously stated and only a fraction of this estimate of shale gas would be extractable. Andy Barker and Lucy Snape from the Environment Agency followed up on this presentation, highlighting the social impacts and legal restrictions regarding shale gas. They gave an overview of the vast number of legal permits and tests that a company would have to acquire and conduct before being allowed to begin extracting onshore shale gas and gave examples of the opposition that companies would face from locals and protest groups that oppose the construction of shale gas sites.

Mai Bui gave a review of CCS technology so far, specifically reviewing the paper Carbon capture and storage (CCS): the way forward. The main information to take away from her presentation were that in order to meet temperature rise targets, direct air capture and BECCS were going to become key players since these technologies have a net negative emission. Furthermore, most CCS technology in literature compares to the classic MEA absorber which is an outdated solvent. Most solvents being investigated are better in comparison to the classic MEA composition but compared to the current industrial standard the solvents do not offer a large enough advantage to be used.

Vince Pizzoni gave a presentation more related to PhDs moving beyond their research project. Focusing on how to make the most of the strengths gained in completing a PhD to further your career. While a PhD student will likely be competing with fresh graduates for similar positions and will not experience a greater starting salary, the transferrable skills a PhD student gains while researching make them a more capable candidate as well as giving more opportunity to advance through the career ladder faster than a typical graduate. Vince ended his presentation with closing remarks about how applying for a job requires scouting a company, meeting people at careers fair and related opportunities and getting to know people within the company long before positions become available. This scouting and networking process is valuable.

After the key speakers had finished presenting, PhD students took turns to present their work and answer questions from their peers and industrial professionals present at the school. The first day started with mostly 1st year students giving an overview on what their project is going to cover and demonstrating the novelty of their project. Projects being covered by included artificial intelligence, activated carbon regeneration, reaction and absorption kinetics and many other topics.

The first day was rounded off with Robin Irons delivering the PhD students with a group project. Students grouped in numbers of 5-6 were each given a different sector that will need to reduce emissions in the coming years as energy, previously the largest emitter, is reducing its emissions rates and brings the focus to other industries. Students had to work together to create a strategy for a given industry to reduce emissions. Students convened in their groups and worked into the late hours of the evening to work on their presentations for the final day.

The second day kicked off with poster presentations made by 2nd year PhD students. Posters were on display throughout the winter school so poster presenters were met with prepared questions relating to their projects.

The two opening speakers for the second day were Jon Gibbins, head and Phillip Sharman. Jon Gibbins reinforced the message that Mai Bui gave on the first day. Presenting about the practical considerations when installing CCS. Phillip Sharman presented on combustion. The main takeaway from his presentation was that although combustion is well known, there are other forms of combustion and energy generation which are taking off, such as fuel cell. Combustion is changing and doesn’t always require a flame.

The rest of the second day featured mostly 3rd and 4th year PhD students presenting their research and findings to the school. The research topics were varied and included synthesising activated carbon, oxy-coal combustion, salt cavern impurities in storage and many other topics.

The final day was focused on the groups of PhD students presenting their group project findings and their estimates on how to achieve an 80% CO2 emission reduction in an industry unfamiliar to them. The industries each group presented on were; steel and ironmaking, cement, public transport, freighting, shipping, plastics production and personal transport.

Overall, the winter school was a great way for PhD students to network, present their work and consider their work and skills in a broader context towards tackling climate change. 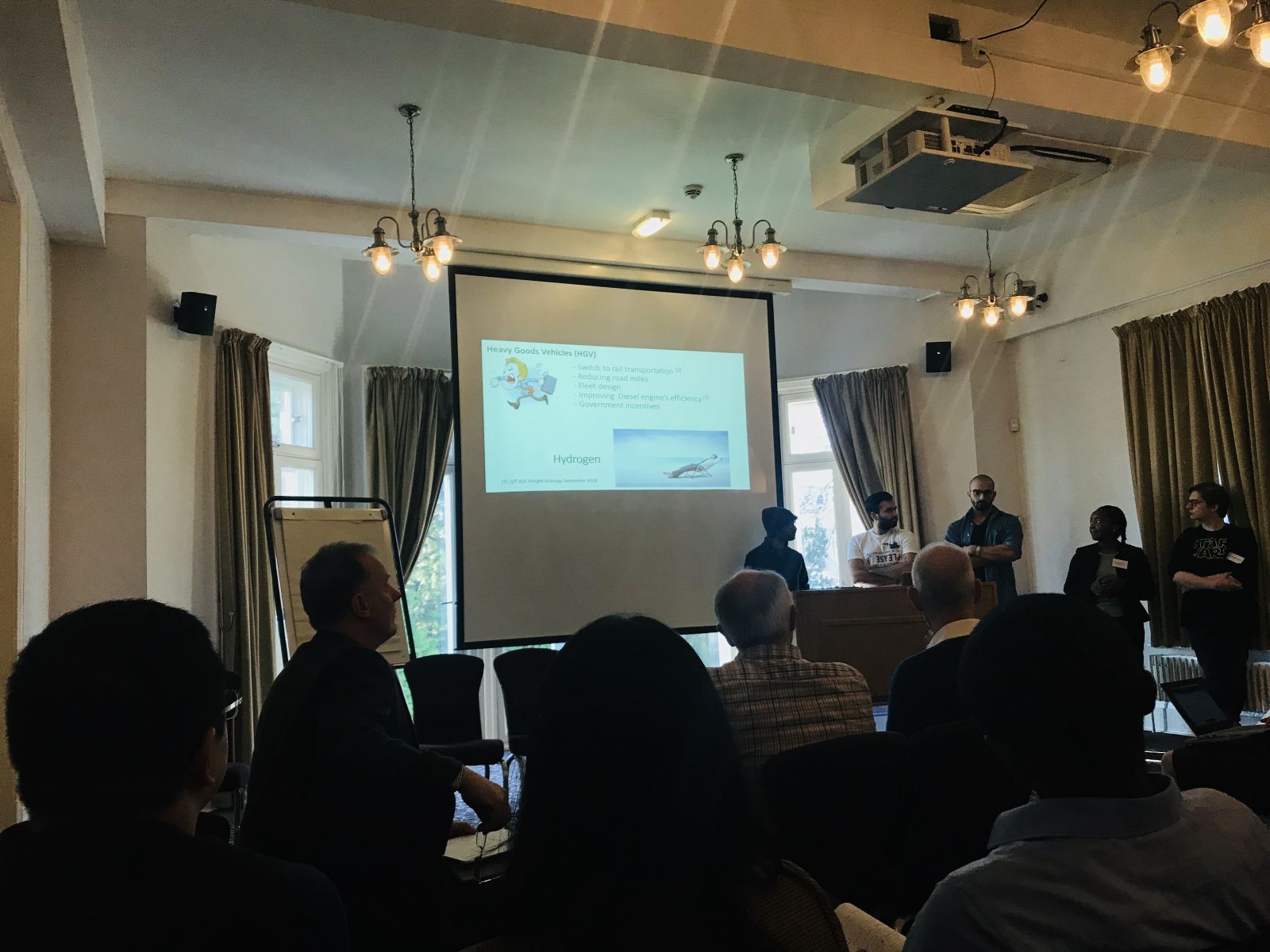