Written by Matthias Schnellmann, a PhD student at the University of Cambridge. His attendance at the UKCCSRC Autumn 2016 Biannual Meeting in Edinburgh was made possible by the UKCCSRC ECR Meeting Fund

I was fortunate to attend the recent UKCCSRC Biannual Meeting, which took place in Edinburgh from 14-15 September 2016.  In light of the cancellation of the demonstration projects in November of last year, but the vital need for carbon capture and storage (CCS) for de-carbonising our energy system, it was based around the theme of ‘Making the Case for CCS’.

Prof Jon Gibbins, the Director of the UKCCSRC opened the proceedings and Prof Hugh McCann, the Head of the School of Engineering at the University of Edinburgh, welcomed us to Edinburgh and the university.  He gave us a brief flavour of the activities that are taking place at Edinburgh in the field of CCS. 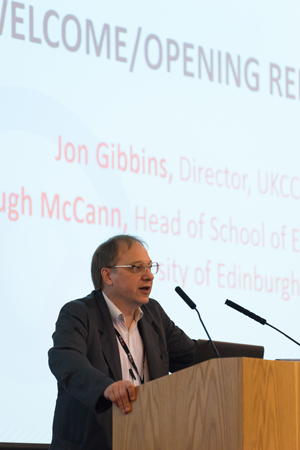 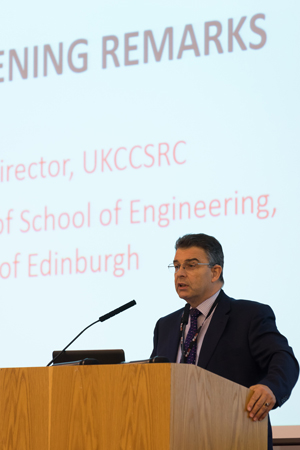 Dr Rupert Wilmouth from the Government Office of Science followed with an overview of the Government’s perspective on CCS.  The office is at the centre of government, headed up by the Chief Scientific Advisor, and its aim is to ensure that the best science and engineering is used for policy decisions.

All policy decisions are a balance and trade-off between media, legal issues, economics, politics and engineering and science.  In the area of energy, the trilemma of security, affordability and sustainability is also important.  The UK low carbon transition plan of 2009 has set the trajectory for the energy system and much of it is still current policy.  Broadly, it sets out that low carbon electricity will come from a combination of nuclear, renewables and CCS (coupled to thermal plants).  From within the trilemma, affordability has always been highest up in terms of priority and this has become more pronounced since the last election.  Within this context, one of the major reasons why the CCS competition was cancelled was that the levelised cost of electricity (LCOE) was, at present, simply seen as being too expensive.  The recent Oxburgh report has suggested that the cost could be brought down to £85/MWh, which compares favourably to nuclear and biomass at £92.50/MWh and £105/MWh respectively. 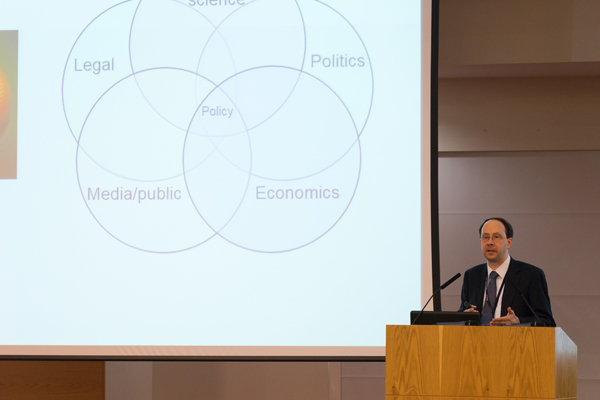 Apart from electricity, the decarbonisation of heat was also an important consideration in the 2009 Low Carbon Transition Plan.  Options in this area include the use of electricity via heat pumps, combined heat and power and heat networks, the direct combustion of biomass and switching the current natural gas network to low-carbon hydrogen.  These technologies are likely to fill different needs e.g. heat networks for new builds and biomass boilers in rural areas.

Industrial CCS is the final sector that Rupert addressed.  He helpfully pointed out that the heat applications in industry could follow a similar decarbonisation path to that for domestic heat.  In industry, CO2, when it is produced as part of a chemical reaction, also needs to be de-carbonised.  The three major reactions are oxidation of carbon e.g. in iron ore processing, calcination e.g. in cement processing and methane reforming along with the water gas shift reaction e.g. in ammonia production.

Overall this introductory talk was excellent and a great way to start the conference since it helpfully put all the subsequent discussions into context.

I would like to thank the UKCCSRC for their funding for early career researchers, which allowed me to attend this conference.