Written by Mahdi Sharifzadeh, a Research Associate at the Imperial College London, whose attendance at the UKCCSRC Biannual Meeting – Making the Case for CCS – in Edinburgh was supported by the UKCSRC Early Career Researcher Meeting Fund.

The second presentation on day 2 of the UKCCRC Biannual Meeting was given by Professor Andy Chadwick from the British Geological Survey, who presented an update on onshore injection tests in the UK. His talk was structured around reviewing the existing pilot sites worldwide, ongoing subsurface research in the UK, potential sources of CO2, possible pilot injection sites in the UK and regulatory issues around it.

He started his presentation by showing a map of existing pilot sites in the world. He continued by giving quantitative examples of the costs of building a stand-alone pilot site in various countries. He emphasized that the distribution of the costs is pretty wide with the mean value of 10-20 Million USD. By the end of this introduction, everyone was convinced that standalone pilot injection site is likely to be too expensive for UK, and we need to be more creative to promote this line of research. 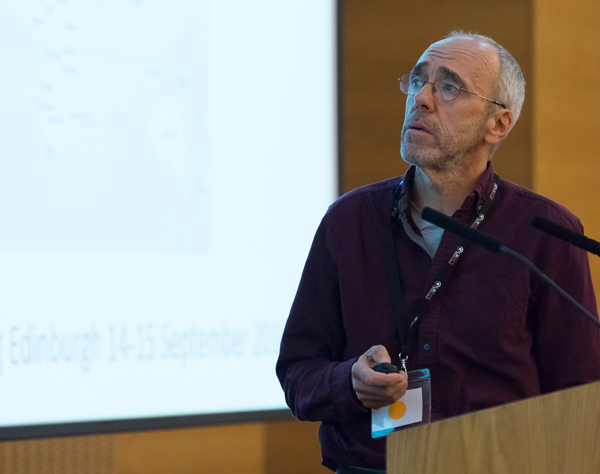 Then Prof Chadwick’s presentation continued with analysing the existing and planned UK subsurface activities and focused on a project called Energy Security and Innovation Observing System (ESIOS) which was announced by the government in Autumn 2015 and consists of two subsurface test centres. The ESIOS project aims at monitoring and characterization of subsurface utilization activities and has a very broad scope including shale-gas fracking, geothermal energy conversion, compressed-air energy storage and, of course, CCS.

The discussions were then steered toward the Thornton site (an element of ESIOS) which was previously operated by Shell and is now transferred to the University of Chester. He then explained the geological conditions under which CO2 can be efficiently stored which include the type of  rock (sandstone), the injection depth which allows dense phase CO2 storage and the reservoir top seal. He illustrated his points using graphical images for the examples of two injection boreholes in Thornton, namely Ince Marches and Kemira, where in the former the top collyhurst sandstone is only 200m deep but the latter is as deep as 750 meters enabling full-scale storage.

Prof Chadwick explained that the CCS research in the ESIOS project is highly diverse and includes investigating the storage efficiency, Dynamic well-testing, in addition to modelling and monitoring techniques.  He also provided updates regarding CO2 provision for the pilot site.

He concluded that despite financial challenges for stand-alone CCS pilot site, it is still possible to realise the research objetives by utilizing existing subsurface research facilities. The key point is to find boreholes with desired characteristic (depth, rock properties, top seal). Other considerations include careful design of experiments and regulatory issues. 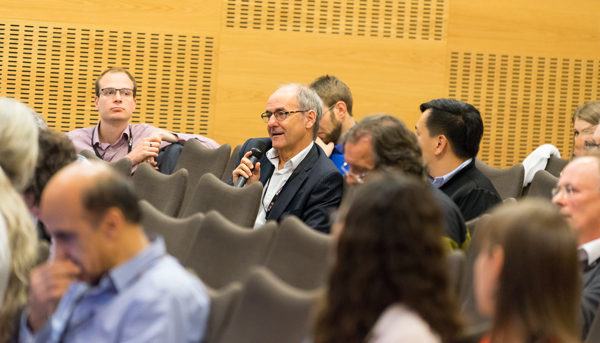 The presentation was followed by an enquiry from the audience emphasizing the complexity of experiment design including CO2 impurities such as H2S. Another audience member highlighted that shale gas fracking has its own environmental and regulatory concerns. Although a joint test site is being used in Thornton, the CCS research should not be affected by these complications.