Rachel Kilgallon is a final year PhD student at the University of Edinburgh investigating the role of chemical and geochemical tracers for CO2 transport and storage. As part of the ECR meeting fund, she attended the Strathclyde Biannual Meeting, 8-9 September 2015.

The first day of the Strathclyde Biannual Meeting proved to be full to brim with a range of interesting talks highlighting potential new CCS projects in the UK and the future role of the North Sea for CO2-EOR. In typical UKCCSRC style, the day ended with an evening filled with food, wine, discussions and musical chairs. After a busy day with a late night, it was a slight challenge to ensure I woke in time to catch the first session of the following day. A monumental task but one that was greatly awarded by the lively and informative session that took place. 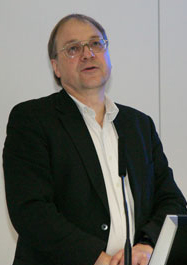 Kicking off the session was Prof Jon Gibbins, Director of UKCCSRC, as he revealed some future UKCCSRC activities, some new additions to the website and other funding opportunities. Jon revealed that there is one more biannual meeting in the works aimed for September 2017, with Cambridge as the chosen location. Emphasis was placed on this meeting having a scientific approach with a longer meeting duration than normal. This will to be an exciting opportunity so keep an eye on the website for confirmation! While on the topic of the UKCCSRC website, some significant changes have been made to it. Now available online are the CCS Data and Information Archive as well as the Learning Resources and Updates. Some changes have been made to the Member’s Profile page, which allows a publication list to be added. It is worth reminding everyone that as part of UKCCSRC, you have access to your very own page that you can edit. In general, the UKCCSRC page is looking fresh and snazzy. Jon took the time to mention that the outcome of the 1st call for PACT is due soon. With too many to mention, Jon also summarised some of the funding opportunities that are available. This included the 2016-17 calls for proposals from Horizon 2020 Energy, which are expected to be launched in late September/early October 2015. Further information and links are available on the UKCCSRC website for a gander but the secretariat can be contacted for more details. Finally, the Early Career Research Poster competition prizes were awarded to Ruta Karolyte (University of Edinburgh), Jingjing Liu (University of Nottingham), Ebuwa Osagie (Cranfield University) and Yuan Sun (University of Nottingham). Winners received a prize certificate and a voucher for £250 of CPD activities. 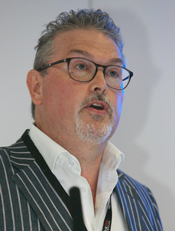 Up next was the eagerly anticipated presentation from the DECC representative Brian Allison. He gave an update on how DECC are supporting CCS through R&D. As part of his presentation, Brian highlighted the brand new report from GCCSI for the constituent policy index, where the UK is now appearing as the most active country in Europe concerning CCS. Whilst Brian was aware of the rumours circulating the two CCS demonstration projects, he reaffirmed that the outcome could easily be success with one, both or none pending the outcomes of the two projects. This led to a quick update on the White Rose and Peterhead projects. Both appear to be comfortably in the next phase carrying out Front-End Engineering Design (FEED) plans. Peterhead has been granted planning permission by the Aberdeenshire Council and White Rose have submitted the DCO application. Brian highlighted that both projects were on the road to the final investment decision. Under the 2013/2014 FEED contracts, the Peterhead and White Rose CCS projects are required to deliver 90 reports defined as Key Knowledge Deliverables (KKDs). The reports will enable both the Peterhead and White Rose projects to share the knowledge and learning acquired on their respective CCS projects and are available from the DECC website. Brian announced that he would be overseeing the CCS ERA-NET scheme, a €42 million project jointly run with Norway. The team involves representatives from the Netherlands, Germany, Spain, Switzerland, Romania, Turkey and Greece. It will focus particularly on Canada, the US and Australia for demonstrating and validating solutions. Brian also mentioned the UK Storage Appraisal Project (UKSAP) and the identification of five selected sites. However, there are many other candidate storage sites around the UK with significant storage potential. Brian summarised this with ‘the UK has lots of storage’. 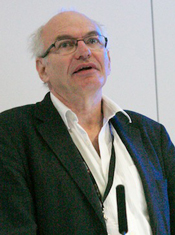 The last talk before coffee was from Bob Gatliff, BGS. In January, the Chancellor of the Exchequer George Osborne announced that the Government would allocate £31 million of funding to create subsurface research test centres through the Natural Environment Research Council (NERC). This will establish world-leading knowledge that will be applicable to a wide range of energy technologies including shale gas and CCS. Energy Security and Innovation Observing System for the Subsurface (ESIOS) will be a national science facility that will monitor and observe how subsurface technologies interact with the environment. The project is led by Mike Stephenson and is likely to start in 2016/2017. As part of the work, Bob emphasised that all the research would be made freely available and aim to improve communication between scientists and the public. The research carried out will be full sized rather than laboratory scale with different locations selected around the UK that would cover a representative range of geological and energy related conditions for UK development. This includes Thornton in Cheshire, an ex-Shell petrochemical research site where a vertical borehole has been donated. Bob emphasised that work has to be done on estimating the suitability of the site but questioned the limitations for CCS due to the geology at the surface. Closing, Bob mentioned that a meeting would be held Thursday 22nd October to further engage the wider scientific community and encourage participation. For more information, check out the BGS website.

Then it was coffee and Tunnock’s time. 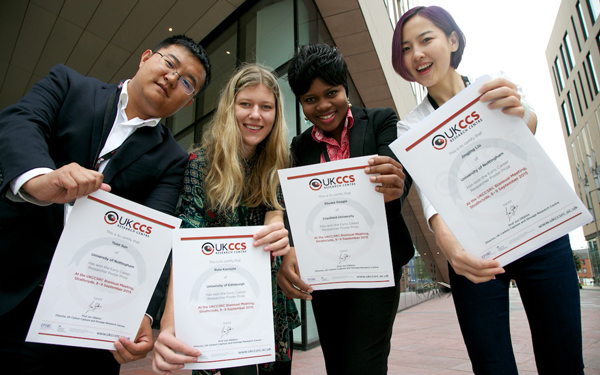