Carbon capture and storage (CCS) has widely been considered as the only technology available that can achieve deep reductions in carbon emissions from both power generation and industrial processes.  However, despite the progress achieved so far, the large energy penalty of CO2 capture with existing technologies, which represents the most costly single element of the whole CCS chain, still remains a major performance barrier. Among many new technologies that have been explored in recent years, adsorption-based capture, also known as dry CO2 scrubbing, has been considered as a viable alternative to the state-of-the-art aqueous amine scrubbing for significantly reduced energy penalty, with a range of porous solid sorbents with high adsorption capacities having been developed at different laboratory and pilot scales.  However, the results obtained so far tend to suggest that the adsorption-based capture technologies can only yield moderate improvements in energy penalty relative to amine solvents. Clearly, it continues to be of paramount importance to explore and develop new capture concepts that are able to achieve breakthrough cost reductions.

The UKCCSRC Scientific Council Collaboration fund was awarded to Dr Chenggong Sun, University of Nottingham and Prof Xianfeng Fan, University of Edinburgh to test a new concept of energy-smart compact carbon-scrubbing by using photo-thermo dual-responsive smart hydrogels. The project has led to the acquisition of the first vital dataset on the thermo-photo dual responsiveness of a number of responsive hydrogels, and the extremely encouraging results suggest that a solar-driven self-maintainable temperature swing CO2 absorption system could potentially be facilitated with the photo-thermo dual responsive hydrogels. The research teams are currently seeking further funding to advance the technology development while two research articles are being prepared for publication in top peer-reviewed international journals. 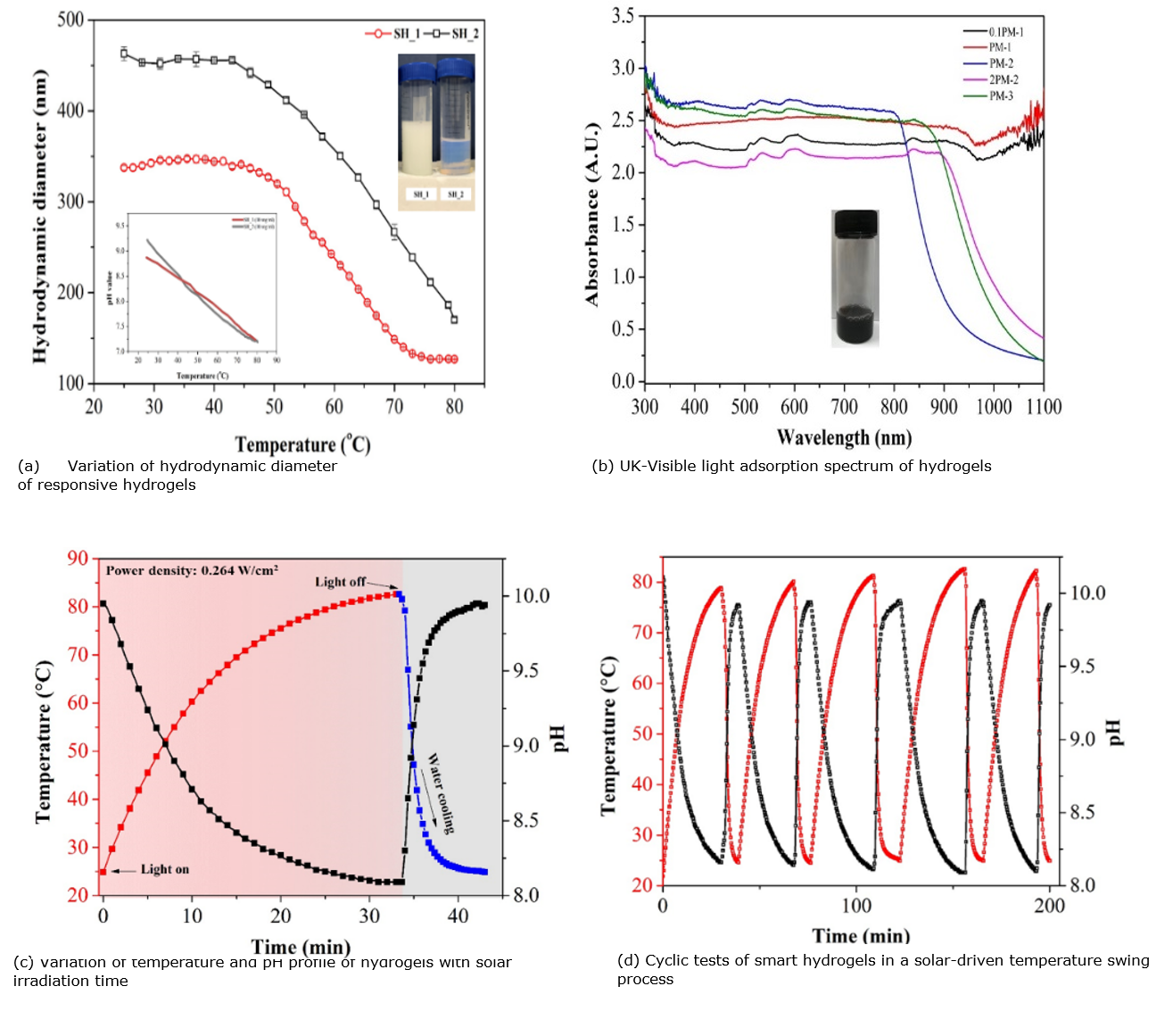