UKCCSRC called me up out of semi retirement, I now live and sort of work in New Zealand, to attend and present at the National CCS Week Conference in Sydney, Australia.  Obviously I jumped at the chance.

The National Conference was held over 2 days in the stunning surrounds of Sydney’s Darling Harbour.  The programme covered the wide range of topics needed at a CCS conference (all of the presentations and programme can be found online. The first morning focussed on the CCS demonstration projects in Australia: the CarbonNet Project, Callide Oxyfuel Demonstration, South West Hub and the Surat Basin Integrated CCS project.  A significant focus of Australian CCS demonstrations is to prove the CO2 storage in the different Australian Territories, with significant and positive progress being made by all the projects.  Although not covered in the ‘CCS demonstration in Australia’ session, other significant activity is on-going at the Otway Project (extended for a further 5 years) and the Gorgon Project proposed to come on-line sometime in 2016.  Obviously CCS in Australia is not without its challenges with the recent austerity budget on research funding and the impact of the repeal of the carbon tax.

Making CCS happen – UK experience and development”. I tried to give a concise summary of ups and downs of demonstrating CCS in the UK.  In approaching a decade of attempting to get a full chain CCS demonstration project operational in the UK there has been a significant amount of learning and development of the policy and regulation, that will fingers crossed lead to the construction and delivery of first of a kind full chain CCS demonstrations.  I hope the talk captured and communicated the important lessons that the UK has learned during this process.  What became apparent to me after the talk was the positive progress the UK has made to put in place a policy framework to demonstrate and deliver CCS as a commercially viable technology, for example through Electricity Market Reform and the CCS roadmap.  This was highlighted when later panel discussions lamented the lack of similar policy drivers to reduce CO2 emissions and implement CCS in Australia.  The talk by Greg Combet, the former Australian Government Minister for Climate Change, Industry and Innovation, a key player in delivering Labor’s carbon pricing and renewable energy legislation perfectly summed up the current policy and political challenges in Australia.  It would seem that we are looking towards the UN Climate Change Conference in Paris 2015 for a global agreement of greenhouse gas emissions as a driver.  We live in hope.  On a positive note, Australia will certainly be “storage ready” when large scale CCS deployment is required.

Australian National Low Emissions Coal Research and Development science day held after the main conference.  The key focus of the ANLEC research is to support the current commercial scale demonstration projects and progressing pilot scale projects to promote the commercial deployment of CCS technologies in Australia.  I was particularly impressed to see how ANLEC had prioritised research to support the demonstration projects taking into consideration the local conditions in Australia, for example water supply issues.  The experience and success of ANLEC R&D is certainly something that the UK should look to as it begins to develop similar relationships between fundamental research and the commercialisation projects.  The presentations covered a range of topics from oxyfuel combustion, geophysics, geology and geochemistry.  In all of the sessions it was clearly demonstrated that the research collaborations with the demonstration projects had resulted in valuable and high impact findings.  A particular highlight of the day for me was the presentations from Terry Wall and Peter Nelson on trace component and acid gas removal during CO2 compression at the Calide Oxyfuel Project. 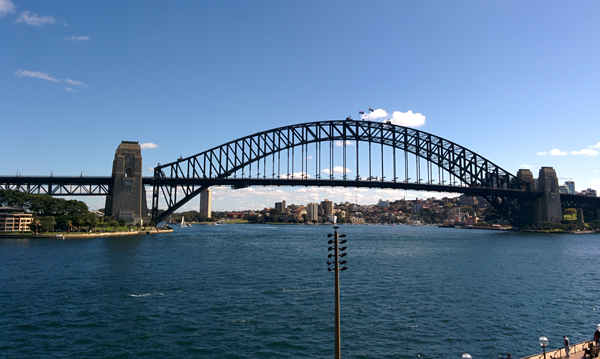 It was a great pleasure to take part in National CCS week and catch up with the Australian and international researchers and I leave having leaned a lot and with fond memories.  As always the welcome and friendliness of the Australian CCS community was second to none.  Now the CO2CRC and UKCCSRC have signed a Memorandum of Understanding I also leave confident that Australia and the UK have a great future in collaborative research in CCS.