“The morning came with rain and speculations on how the activities at the Translational Energy Research Centre (TERC) will unfold. However, as we set foot into the warm and cosy learning space, furnished with an interactive display screen for presentations, we had forgotten about the rain. PPE materials were already carefully arranged on the desks with name tags assigned to each corner. Aha! We were the first set of PhD trainees at the Translational Energy Research Centre (TERC). What a privilege! TERC consists of a wide range of set-ups with full capability to test, optimise and demonstrate low-carbon technologies at scale. The integrated facility covers research fields such as sustainable and zero-carbon fuels; carbon capture, utilisation and storage; bioenergy production; hydrogen production and utilisation; energy efficiency and low-carbon. Most of the first day was spent on site induction and health and safety assessments presided by Dr Karen Finney. They comprised of risk assessments of the plant activities and the Control of Substances Hazardous to Health (COSHH) assessments, which were signed-off to indicate participants knowledge and understanding. Thereafter, a brief tour of the 240kWth Biomass Grate Combustion Boiler and the Amine Solvent-based Capture plant was made and at that time, the rain had given way to a sunny sky.

“The following day and a half (the time just flies when operating a plant of this scale, 1 tonne per day of CO2) was spent on the Amine Solvent-based Post Combustion Capture plant with Dr Kris Milkowski. We went through the Risk Assessments before having the privilege of been part of the team that started up the plant. Although the plant can operate with real flue gases from different fuels combustion systems, in our case the tests were conducted with a synthetic flue gas. Even though the plant uses a SCADA system, which enables automatic settings, we had the opportunity to manually alter the various conditions to see the correlation between operating temperature, pressure, volumetric flow rate and resultant carbon capture. It became obvious that, one had to be patient, observant and meticulous in operating the plant. Achieving a steady state at first due to its complexities was daunting but with time a better understanding was gained and that was reached.  Different operating conditions were used to achieve a 90 % carbon capture. An ACP Mettler Toledo Autotitrator was used to analyse the rich and lean amine solvents and a Ferrover Iron Reagent for Iron content measurement. All participants had the opportunity to be involved in undertaking different tasks, either to control the plant or analyse the samples collected from the plant. 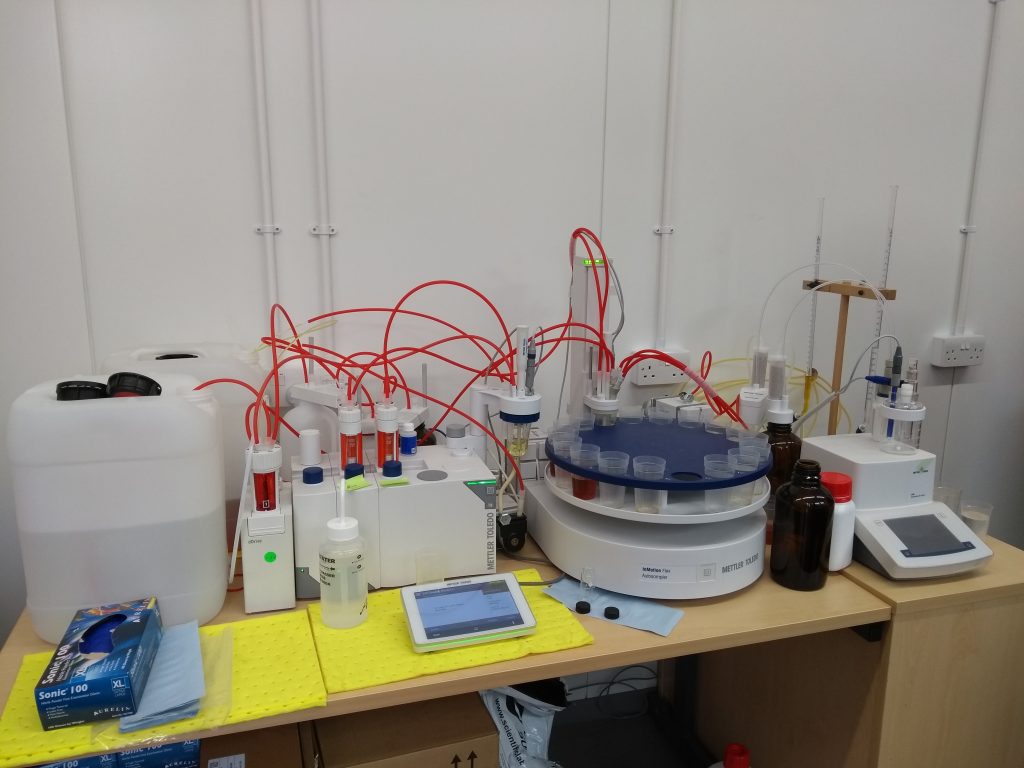 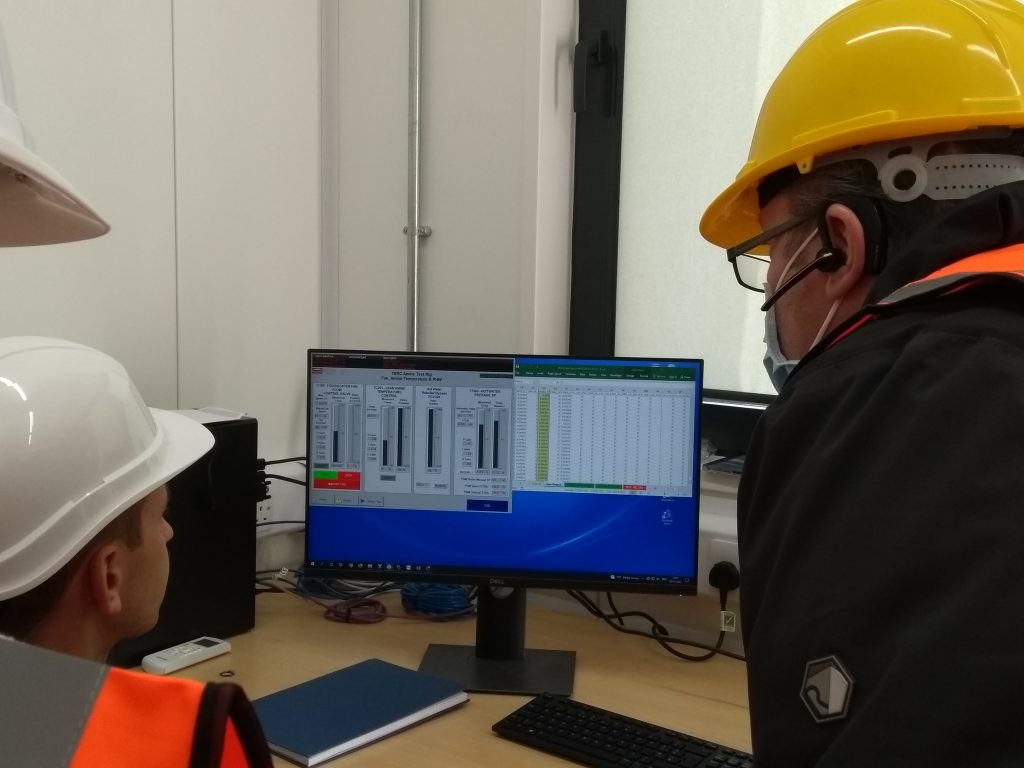 “We also had the opportunity to operate the Grate-fired biomass with Waste to Energy and BECCS. We observed the performance under different conditions and analysed the particulate matter with the help of Dr. János Szuhánszki, Dr Karen Finney and Ihab Ahmed. The fuel available for use was wood chips but were made to understand it could operate on Pellets, Agro-waste and Waste Wood chips. We were meticulously taken through the Standard of Operation and various COSHH assessments. We participated in the pre-start checks of pressure, temperature, level of fuel and the closure of the boiler before the pre-purge was initiated, which lasted for 120 seconds. The ignition feed was activated to start up the process. Various components such as water vapour, carbon dioxide, nitrogen monoxide, oxygen, TOC, ethane and methane were monitored throughout the operations, as well as the impact of varied air when the secondary air ports are shut or altered. The particulate matter of different grades was also analysed under varied conditions. The boiler was initiated to shut down and we observed the changes on the boiler and on the flue composition and temperature. We were given a brief tour of the Organic Rankine Cycle and how it operates. 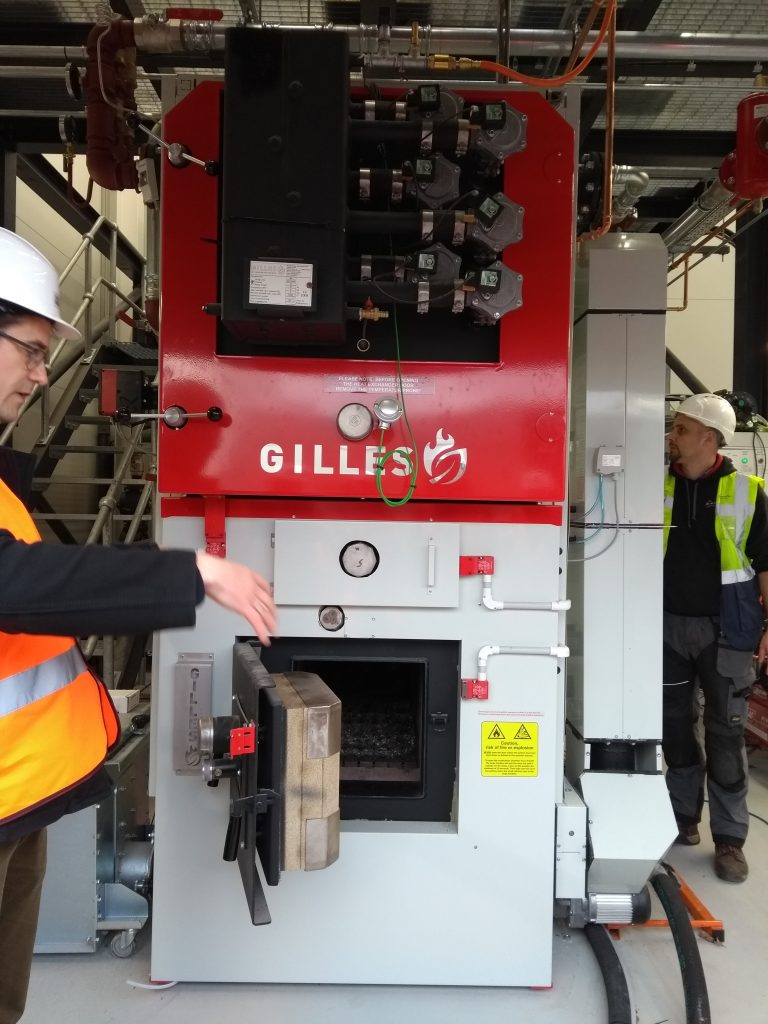 “The week culminated in insightful presentations on the various modelling tools and approaches to simulate clean and low-carbon energy processes. For instance, one of the modelling works presented for biomass waste to energy plant was an integrated CFD model within the process flowsheet using special software developed by the industrial researchers. That way, the flow dynamics of the biomass boiler is accurately represented along with the balance of plant units. TERC is equipped with modelling facility comprising modelling software such as Aspen, Matlab, Fluent and CAD Drawing. Generally, the training at TERC facility was a profound and exciting opportunity for us, as we gained hands-on experience on the operation of the various low-carbon equipment available at the facility, got enlightened on the ongoing research activities especially around sustainable aviation fuels (SAFs), developed new research ideas, and made new friends!” 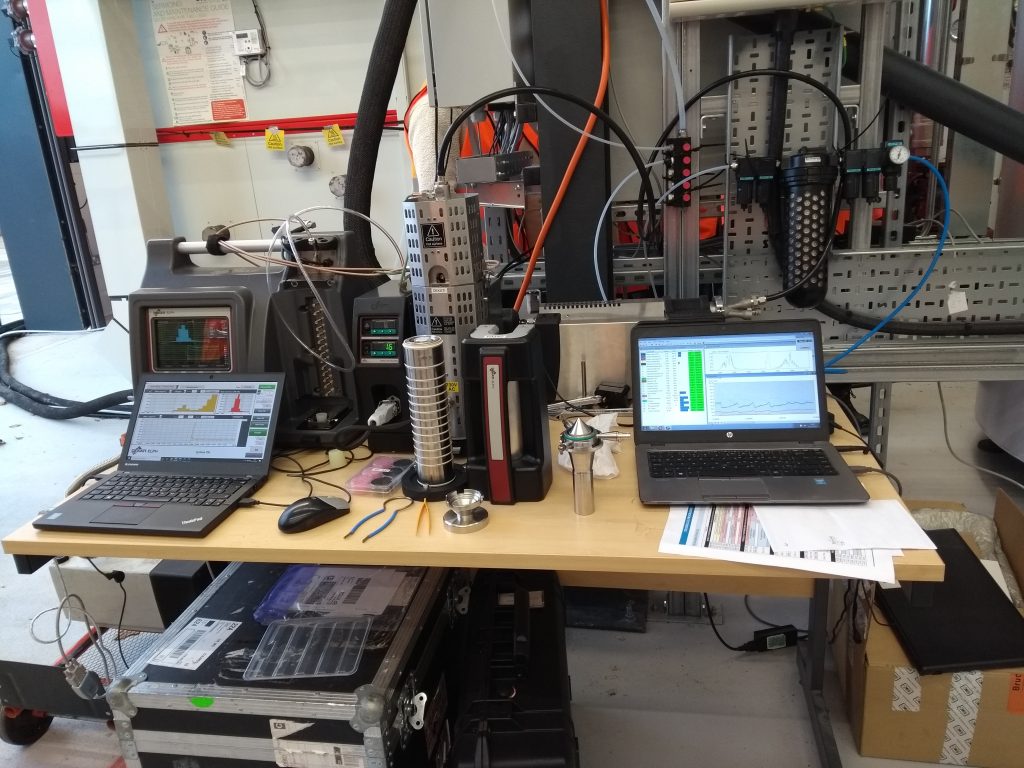 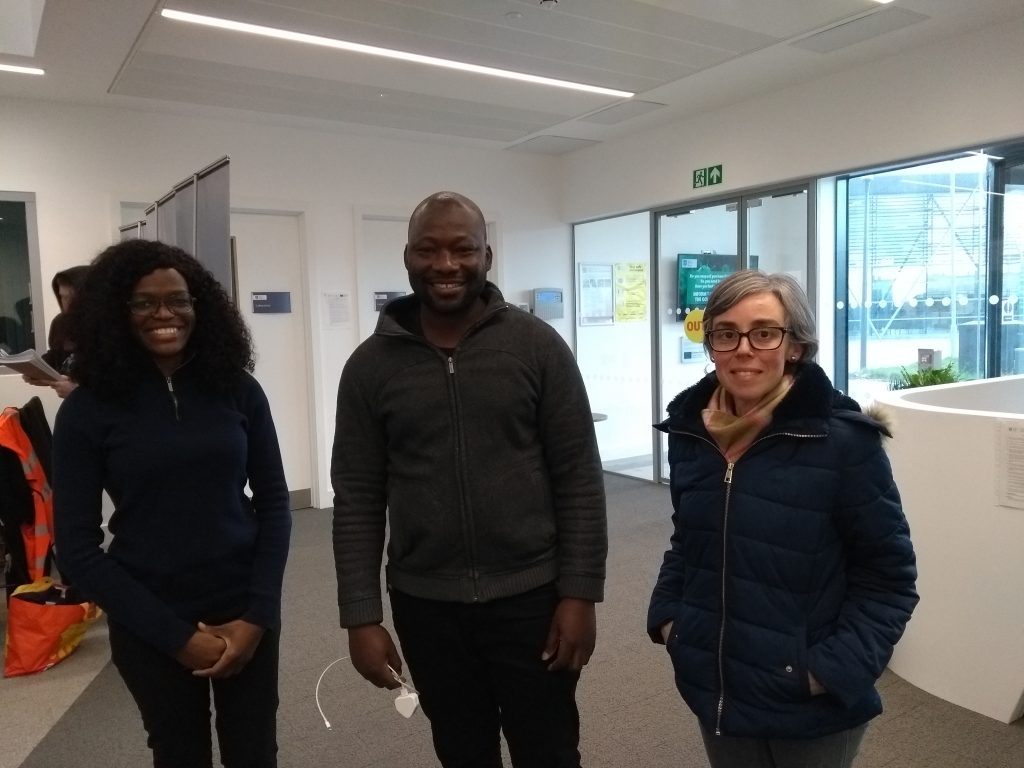 Thanks to our ECRs for their combined blog – it looks like your TERC training was really useful!