Absence of market price or reward for storing CO2 to benefit the climate: World leaders urged to address this issue during COP26 talks 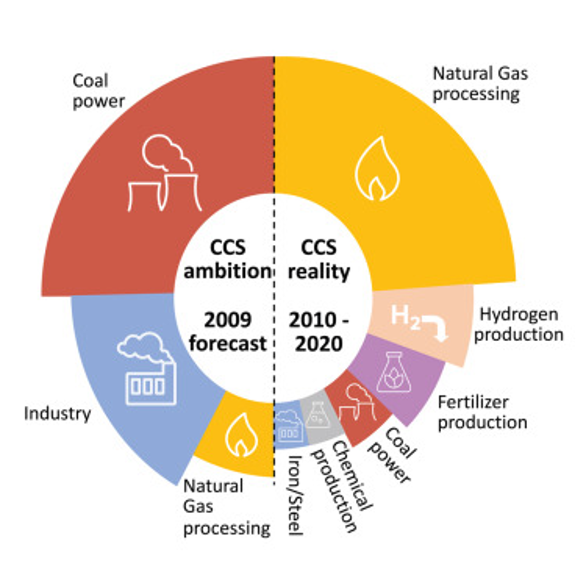 Deployment of the climate technology, carbon capture and storage (CCS), has been far too slow over the past decade to reach Paris Agreement targets, new research shows.

CCS technology, in which carbon dioxide (CO2) from power stations and industrial sources, such as cement and steel production, is captured and stored deep underground, is key to preventing emissions from the use of fossil fuels from contributing to climate change.

The study shows that CCS is now ready and available in all of the power generation and industrial sectors that need to be decarbonised, but that the current rate of construction will only deliver 10% of what is required to reach net zero by 2050.

Scientists from the University of Edinburgh, University of Oxford and University of Strathclyde examined the progress of CCS over the past 10 years, finding that CCS technology now exists and operates routinely at industrial scale, safely capturing millions of tonnes CO2 every year.

The work highlights that CCS is not just a technology for removing the greenhouse gas from coal and gas-fuelled power plants, but can produce low-carbon hydrogen to heat homes, make industrial fertilisers and even capture excess CO2 from the air to gradually reduce global warming.

The researchers studied all planned CCS projects worldwide, noting a clear commitment to building projects by 2027 but a lack of schemes after this date.

The authors say this is due to an absence of market price or reward for storing CO2 to benefit the climate and they urge world leaders to address this issue during the ongoing UN COP26 climate talks.

Dr Emma Martin-Roberts (University of Edinburgh), who led the study, said: “It is clear to us that CCS holds immense value in the fight against climate change. But in the past 10 years, government attention has wandered elsewhere. Our work shows all the knowledge and tools are available to start capturing and storing CO2 immediately.”

Dr Stuart Gilfillan (University of Edinburgh), who co-ordinated the study, said “CCS has always been a rescue team just around the corner. To get the world emissions decreased to anything close to IPCC models of a sustainable future means that CCS needs to come out of hiding in this decade. We need to build working projects at 10-50 times the rate the world has been doing.”

Professor Stuart Haszeldine (University of Edinburgh, SCCS Director), who contributed to the study, said: “This is like planting trees to capture CO2 but on a much, much, much, bigger scale. The best time to plant a climate tree was 30 years ago. The best time to build a CCS project to permanently store CO2 is right now.”

The research, published in the journal One Earth, was funded by the UKCCSRC and Scottish Carbon Capture & Storage (SCCS).

You can see more on Stuart’s Flexible Funding 2018 project here, and access the paper published in One Earth here (DOI here).