“An accurate equation of state (EOS) is essential for the design of all parts of a CCUS system. The goal of this project was to perform low pressure and temperature tests applicable to CO2 shipping and liquefaction so that EOS’ can be calibrated and tested against this new data and to update the EOS used in the (UKCCSRC Call 2) shelter and escape ventilation model.

In this project, the EOS of the CO2 ventilation model created in the UKCCSRC call 2 project S-CAPE was modified from the ideal gas law to the first virial expansion by University of Nottingham. Newcastle University implemented the changes into ventilation model. The results of the modified model were compared to experimental data, and 30 representative ventilation cases using the original model and CFD models. 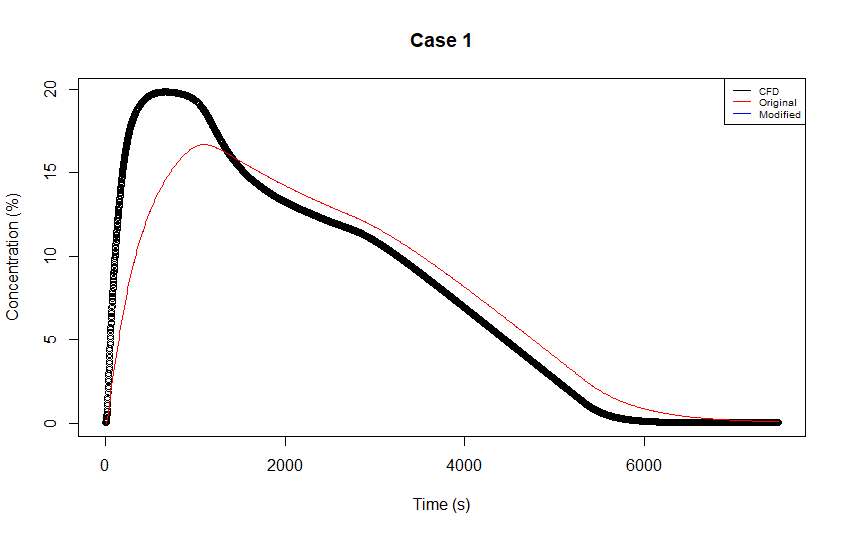 Figure 1: Comparison between the analytical models and the CFD model for Case 1

Since the results of the modified and analytical models are almost identical this means that the ideal gas law (used as the EOS in the original analytical model) is sufficient for modelling the ingress of CO2 coming from a cloud outside a shelter and no modification to the equation of state used in the analytical model is necessary. Further implications of this result are that the addition of impurities in the CO2 stream will have no effect on ventilation once ambient pressure has been reached by the mixture i.e. only the external pressure and temperature are needed and the mixture will make no difference since the ideal gas law does not differentiate between substances. This could also mean that in the far field, once a mixture has fully decompressed, then impurities do not need to be considered. However, it is important to note that in the near field impurities will affect density (and calculations) and so must be included in any analysis.

The properties of CO2 and its mixtures have significant implications for carbon capture technologies. The project team identified key binary mixtures of CO2 where low temperature data is needed. Experimental work was done to investigate the properties of CO2 and its mixtures with water and nitrogen. A novel experimental set was developed at Cranfield University, as shown in Figure 2, which used liquid nitrogen as coolant was used to investigate gas properties at low temperatures. A statistical design of experiments was done to investigate the effect of mixture composition and pressure.

Figure 2: Photograph of the experimental setup

Experimental data shows that the properties change with gas composition and pressure. The experimental work has generated P, T, V data which can be used to fit an equation of state to predict CO2 mixture properties. Figure 3 shows the example of the temporal variation of the pressure. As can be seen there is a change of slope in the graphs which correspond to the dew point pressure of the mixtures. 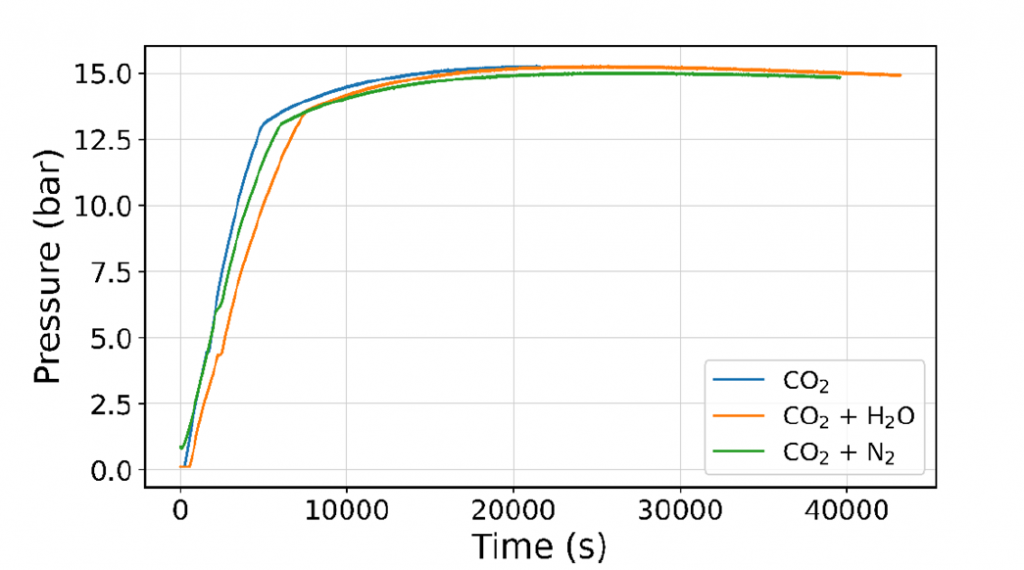 Two technical papers are planned for publication to disseminate the research results in the near future.”