This blog was provided by Dawid Hanak, Cranfield University, whose attendance at the ECR Winter School 2015 was supported by the UKCCSRC.

Having heard about the technical and political aspects and challenges of CCS over the past two days, it was the keynote lecture given by Philip Sharman (Evenlode Associates) that linked all levels of understanding together. I reckon it was not only me that found this lecture important, as it helped to appreciate the economic and financial requirements for CCS projects to be successful. The lecture comprised three main parts, which dealt with CCS economics, financing, and some probable solutions to the expected challenges. 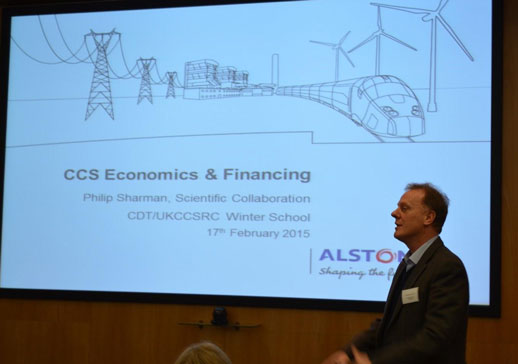 In the first part of the talk we learned that the costs in the CCS projects are not only capital and operating expenditure, but also end-of-life, or in other word, abandonment expenditure. This made us aware of the issue of identifying who will be liable for monitoring the CO2 after the CO2 injection ceases, and for how long. Although the capital cost of CO2 capture plants is high at the moment, the concept of the learning curve revealed that the more commercial-scale plants are build, the cheaper they will become. This is because further projects can be tailored to incorporate lessons learned from the previous ones. Nevertheless, it is important to note that capital costs of the current CCS projects (Boundary Dam, Kemper County, Gorgon) were usually underestimated by a factor of 1.5 – 2. Finally, as far as the overall CO2 capture cost is concerned, an issue with misusing key indicators (levelised cost of production, cost of CO2 avoided and cost of CO2 captured) to manipulate technology economic performance was raised. Philip’s talk helped us recall the definitions of these indicators which will definitely help us in using them properly in describing our research findings. This part of the talk ended with comparison of the key economic indicators for different power generation technologies. This gave us a rough identification of how implementation of CO2 capture could affect the cost of electricity, and at the end of the day, all of us as customers. Moreover, we were told by Philip that the increase in the cost of electricity due to CO2 integration would be reduced to less than 50% by 2030. At that time the cost of CO2 avoided is expected to be 37€/t and 49€/t for coal and gas fired power plants, respectively. 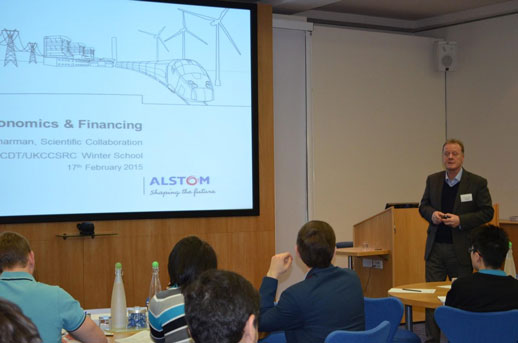 In the second part of the lecture we learned that reduction of CCS costs will not only have to do with improvement of the engineering designs and performance, but also with improved financeability of the CCS chain due to reduced project uncertainties, hence risks. However, as CCS is still not considered as a mature technology by the financing bodies, there are plenty of technology and economic risks that need to be overcome before a successful commercial-scale implementation. It appears that the key challenge is to address the fact that the project costs exceed the project revenues, generating an economic gap that needs to be addressed through additional funding. This would require economic drivers to be in place to provide incentives for CCS implementation.

In the final part of the talk, Philip revealed his suggested solutions to address the technology and economic risks. To cut a long story short, urgent investments in CCS demonstration plants are required to reduce technological and financial uncertainty. Funding sources, such as emissions performance standards or feed-in tariffs, need to be implemented; moreover, government should drive CCS implementation through providing financial incentives, such as grants, but also should address the long-term liability issues. As CCS can involve many entities responsible for particular parts of the CCS project, business models and experiences from different sectors should be used.

As this last keynote lecture of the Winter School ended, we took a break and grabbed a coffee before we all come back to listen the individual talks given by our colleagues on their research findings.