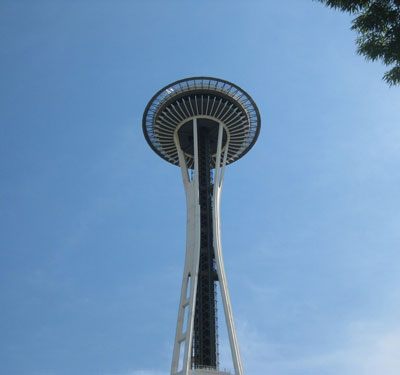 My flight to the US was uneventful. After a 2 hour layover in Detroit, I got to my hotel room in Seattle just before midnight on the 12th of July. After a big American breakfast in the morning, I had time to take in some tourist sites before heading out to the conference venue, so I visited the famous Seattle Space Needle. Afterwards, I found my way to a sports bar to catch the World Cup final. It was amusing – watching Americans enjoy “soccer” – football to the rest of the world.

I then hit the road for a 2 hr drive to Cle Elum Washington. It was surreal driving through small town America – like a movie to be specific – though my choice of rental car (a tiny Chevrolet Aveo) identified me as exotic, when compared to the massive gas guzzlers ploughing the roads. I arrived at the picturesque Suncadia Resort in good time to register for the conference, check into my room and attend the welcome event. It was good to see familiar faces and attendees from far flung places.

The conference began the following morning with a session focused on the integration of product design with process design, and over the next four days, moved on to sessions dedicated to modelling and optimization, design of energy systems, infrastructure planning and design, pharmaceuticals systems and more. A highlight for me was a talk titled “A Novel Framework for Carbon Capture Utilization & Sequestration” by Prof. Christodoulos Floudas of Princeton University, who concluded that selection of the right materials, as well as the right processes, was the key to cost reduction in the deployment of large-scale CCUS networks. Another interesting talk was given by Prof. Iftekhar Karimi of National University of Singapore, titled “Perspective on the Design and Planning of Oil Field Infrastructure”, who identified impressive benefits in integrating reservoir engineering with top-side process engineering. Prof. Ignacio Grossman of Carnegie Mellon University also gave an interesting talk on shale gas titled “Optimization Models for Optimal Investment, Drilling, and Water Management in Shale Gas Supply Chains”. 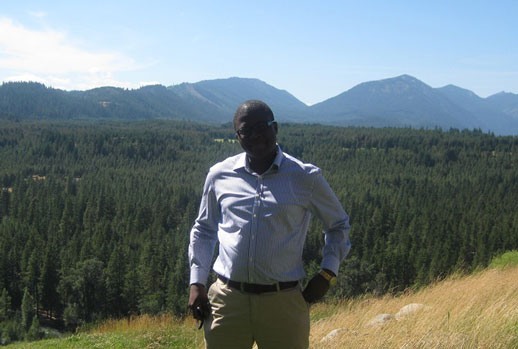 At the end of each day, conference attendees had to chance to wander the grounds of the Suncadia Resort, which was filled with holidaying residents, and had a good number of leisure activities to keep everyone engaged. I had the pleasure of walking down a thousand steps (and the pain of climbing back up I might add) to an old Native American trail. The conference also continued after dinner, as poster sessions were conducted in the evenings, giving early career researchers the opportunity to showcase their work.

After an eventful four days, a fabulous and well-attended dinner brought the conference to a close. Prof. Gintaras Reklaitis of Purdue University gave a witty talk of his “Perspectives on Systems Engineering Advances in Process and Product Design”. Goodbyes were said, before hitting the road again back to Seattle, and catching my return flight the following day to the UK. The flight back was bitter-sweet, as I reflected on my last three and a half years spent as a researcher, primarily on carbon capture. I recently accepted a position in an Engineering and Construction company, so had viewed the conference as a sort of final “hoorah” to research. I have been fortunate, as I got in to CCS research make an “impact”, and now the first role as I get out is to be part of the process engineering team on one of the UK’s Flagship CSS projects. So, this in my farewell to academia (for now).