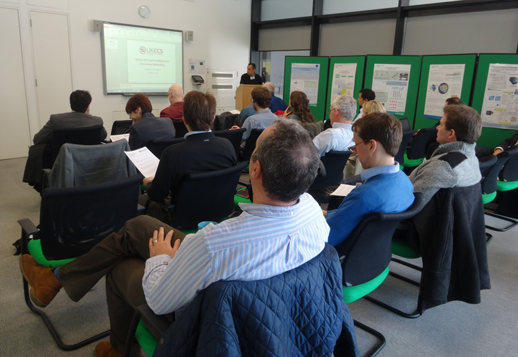 An important part of the debate was whether research should be conducted in this area at all, given that CCS is hardly up and running and would be seen by most as more cost-effective and urgent. However it was argued that:

There were concerns that the perception that such technologies might exist in the future will cause inaction today; this should be countered by indicating that they will always sit on the right hand side of a marginal abatement curve, but could establish an upper bound on large scale decarbonisation costs.

It was felt that a useful outcome from the research community would be an unbiased assessment of different technologies; it seemed at the moment that certain technologies are driven by champions without clear evidence for their performance. Another area for research which was linked to this was the notion of “non-geological” storage which was not production of useful products but some form of stabilised carbon which is removed from the atmosphere (e.g. mineralised, biochar etc.) and a realistic assessment of the scale and costs of this form of storage.

The day ended with a discussion on future research needs which include:

In summary, it was a very interesting day with much more interaction than I expected. Much of the discussion centred around the exact role for NETs and how the fitted into the mitigation landscape. In some cases the discussion broadened out into more general greenhouse gas emission reduction technologies (i.e. beyond those related to CCS such as ocean fertilisation and advanced weathering) and one future action might be to co-host an event on these much broader interventions with a partner such as the IMechE. From the research point of view, it seems the most useful activities would be to continue undertaking work that will de-risk and reduce cost of the CCS-related NETs and for the community to act as a disinterested evaluator of different technologies rather than to champion individual technologies. A new area of “stabilising CO2 without storage” emerged and is also worth further investigation.

A blog report of the event can be read here.