Opening keynote and dinner at the September 2014 Cardiff Biannual

Hello everyone! I am Elenica Shiko, a Research Associate in Carbon Capture at the University of Edinburgh. Being a member of the AMPGas project, my research is focused on the characterisation of porous materials with an aim to optimise their capacity and selectivity for CO2, for post‑combustion carbon capture. At the Biannual UKCCSRC meeting in Cardiff (10th and 11th of September) I presented a poster showing some results of my work. In particular it was shown that by functionalising hydrophobic groups on the external surface of zeolite particles, water molecules present in the flue gas can be repelled and as such, not decreasing the CO2 capture efficiency of the materials. Here, I would like to thank the UKCCSRC for providing me with the ECR bursary, which covered all my expenses over these 2 days. It was an excellent opportunity to meet other researchers and get informed about the advances in the CCS field.

The conference opened with welcoming remarks from Prof Jon Gibbins, who introduced us to the seven crosscutting and interdisciplinary EPSRC Engineering Grand Challenges that have emerged from the retreat and, also the community engagement workshops planned by EPSRC this November in Birmingham, London and Edinburgh. 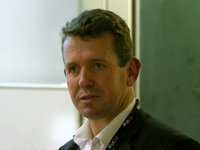 Prof Phil Bowen, Director of the Cardiff University’s School of Engineering and Professor of Energy Systems and Executive Director of the GTRC, spoke about the history of coal and energy in Wales along with the energy and political engagement. He then continued analysing the energy approaches in the future and the technical development reached by now in the University of Cardiff ie, the launching of GTRC, the post‑combustion capture and oxyfuel facilities added, as well as the collaboration between the engineers, the geological centre and the social scientist. 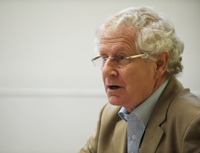 Prof Peter Pearson, Director of the Low Carbon Research Institute in Wales delivered the opening keynote and spoke about the low carbon transition in Wales, taking into consideration the resources and the recent energy policy aims and statements of the Welsh Government. In particular, he mentioned that most energy and climate policy is not devolved in Wales, with the UK government retaining the responsibility in most areas, apart from the power generating infrastructure below 50MW and 1MW,  onshore and offshore respectively, which are dealt by Wales.  Although Wales has many renewable energy resource potential, it has a poor energy inefficient housing stock and some parts are deindustrialised. As concerned to the climate change strategy, the key commitments are for Wales to achieve greenhouse gas emission reductions of 3%/year and reductions of at least 40% by 2020. The Welsh Assembly Government Policy statement in 2010, had an ambition to use the renewable resources for low carbon energy production, whereas the statements on 2012 and 2014 focused on ensuring that Welsh businesses and communities benefit from the energy developments and that the new nuclear power station at Wylfa gets a full support from the Welsh government, although Wales is yet restricted by the current devolution settlement. The electricity produced in Wales reaches 26,201GWh, out of which ~20% comes from renewables, having a great capacity growth after 2010 with the offshore wind being the largest. 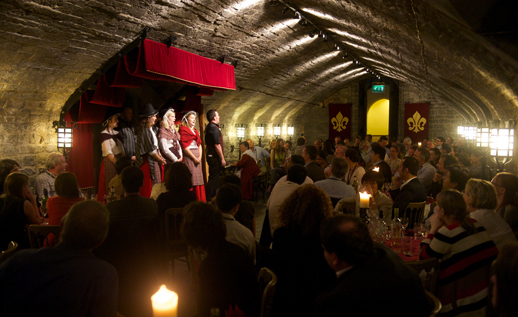 The day closed with drinks and dinner in a magnificent venue at Cardiff Castle. We were told the NATO summit 2014 dinner took place there last week (great honour!!). During the dinner, Memorandums of Understandings were signed with RCN‑CCUS and CATO, and a speech was given by Dr Andrew Cavanagh, a principal researcher at STATOIL ASA. The night also included some music entertainment by the group shown in the picture, which cheered us up and tried hard to teach us some Welsh, but I don’t think anyone left any more multilingual than before! Also, we had to swap tables a couple of times, which was a good opportunity to introduce ourselves to one another.