A new paper by Jen Roberts (Chancellor’s Fellow in Energy. Department of Civil and Environmental Engineering at the University of Strathclyde) and Linda Stalker (Commonwealth Scientific and Industrial Research Organisation (CSIRO) Energy division, and Science Director of the National Geosequestration Laboratory) seeks to evaluate current learning and asses knowledge gaps in the key questions surrounding how CO2 moves in the subsurface.

Jen and Linda first met on a UKCCSRC Call 1 funded project to further the outcomes from the first ever subsea bed release, the QICS project, conducted in 2012.

Although the report has been published just this month, the initial work was completed in 2017, supported by the UKCCSRC International Collaboration Fund and the University of Strathclyde’s Sir David Anderson Bequest Fund. 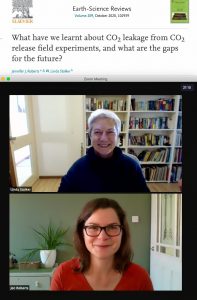 Jen and Linda have been remote collaborating for many years, supported by visits to each others’ institutions. Here, their grins communicate how chuffed they are about publishing this paper!

What does this research investigate?

There has been considerable global effort to understand how CO2 moves in the subsurface, to inform site selection and monitoring approaches at CO2 geological stores. Over the past decade, field experiments have been conducted around the world that have helped to advance scientific knowledge in this area by releasing small quantities CO2 into the shallow subsurface, simulating CO2 leakage from depth and up towards the surface where it may seep into the atmosphere or seabed.

In the paper, published in Earth Science Reviews, the authors examined all field experiments across the globe conducted before 2017. Their compilation included 14 field experiment sites, at which 41 CO2 releases have been completed, and the results published.

“It is well documented that field experiments have aided the development and testing of different monitoring approaches and advanced understanding of the environmental impacts of elevated CO2 on plants and soil communities. But I was more interested in what these experiments can tell us about the factors governing how CO2 spreads in the subsurface and how it seeps to surface, including the rate at which the CO2 seeps to surface, and the area that is affected. Field experiments provide ideal opportunities to explore these issues, as we know how much is injected, and the subsurface conditions are usually well characterised before the CO2 injection. ”

The authors find that CO2 release field sites have been established all over the globe, with a range of different experimental set-ups, aims and approaches, and budgets, although most are onshore, target sedimentary cover, and release CO2 at a couple of metres depth.

Experimental findings show that CO2 often reaches the surface very quickly – often quicker than expected. In fact, they find that CO2 flow is generally difficult to predict; often small heterogeneities in the rock or soil properties can have a large effect on whether, when, where, and how the CO2 seeps to surface, and how much stays trapped in the soil. Remaining uncertainties and knowledge gaps include the capability to quantify the amount of CO2 that reaches the atmosphere or seabed, and understanding of CO2 distribution in topographically and geologically variable environments. This hinders the ability to predict the arrival times and fate of the released CO2, as well as aspects such as the footprint of seepage – all of which are important for designing appropriate monitoring strategies.

Common complications encountered and managed by subsurface release experiments include unplanned wellbore leakage and unanticipated CO2 distribution – often due to natural or man-made heterogeneity. Further, many experiments found that they did not monitor baseline environmental conditions for long enough or at high enough resolution, and many did not monitor the subsequent return to baseline conditions. Thus, how long it takes the environment to return back to ‘normal’ is not often recorded – although where this is measured, it occurs relatively quickly with no long-lasting negative effects. These ‘perils and pitfalls’ present important learning for future experimental sites.

What do the outcomes mean for CCS research? 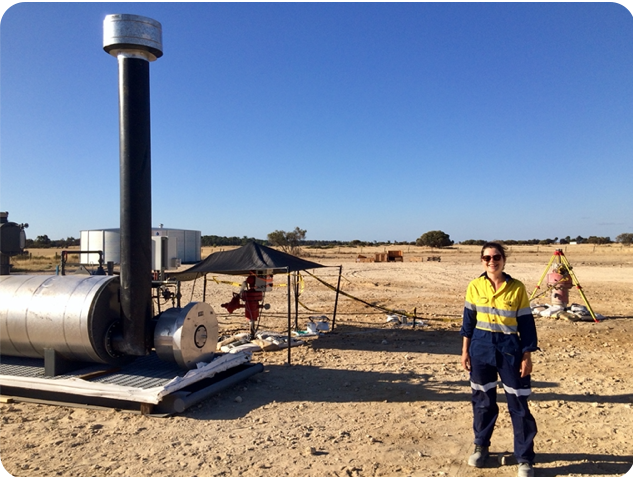 The research has already had considerable impact. Much of the work was completed in 2017, prior to the 2020 publication of the report. This timeframe has meant that outcomes of their paper informed the experimental design and focus of the first In-Situ Lab experiment ($6.5m AUD), developed by CSIRO in south west Western Australia. In 2019 the In-Situ Lab was constructed, and the first experiment completed: the world’s first injection of CO2 into a geological fault zone. The experiment targeted the fault zone at 330-340 m depth so as to understand how such geological heterogeneities influence CO2 migration, and at depths well below the water table; both gaps that had been identified during their review.

“Identifying common themes, such as the fact that most previous field experiments released CO2 at depths shallower than 25m, and that the early controlled or shallow release sites were generally geologically simplified, enabled us to identify future gaps and challenges. This led us to develop an experiment an order of magnitude deeper than before, and into a very large fault zone. Investigating more real-world examples and showing results and impacts provides better context to public and regulators of our abilities to choose suitable storage sites and be able to monitor potential leakage during geological storage of CO2.”

Since 2017, other new exciting field experiments have begun to close some of the gaps identified in their paper. For example, they identify that the STEMM CCS project, completed this year, conducted the second ever subseabed CO2 release. In fact, an observation not reported in the paper, is that these experimental field sites are often a hub of international collaboration and knowledge exchange. 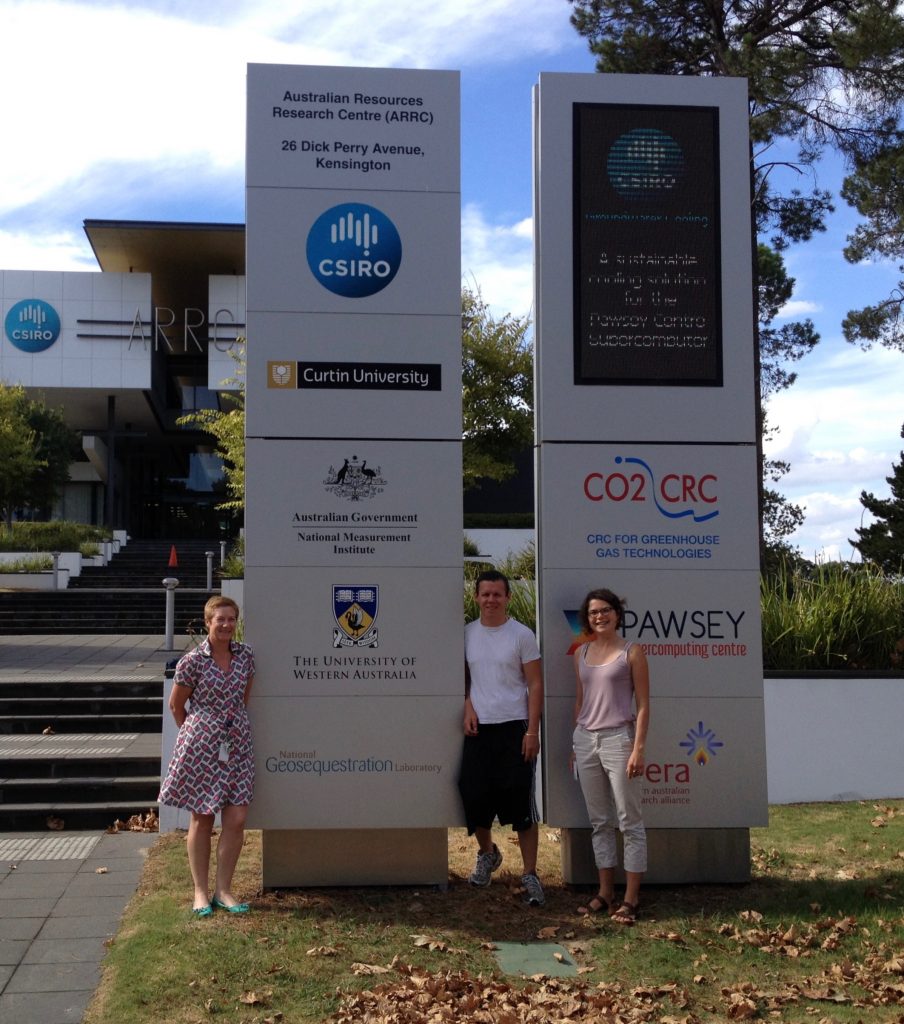