Written by Maria Elena Diego de Paz, a postdoctoral researcher at the University of Sheffield, whose attendance at the UKCCSRC Biannual Meeting – Making the Case for CCS – in Edinburgh was supported by the UKCSRC Early Career Researcher Meeting Fund.

After a wide number of interesting talks and some previous references made to the Commercialisation Programme recently canceled, Patrick Dixon opened this session to present the main findings of the report titled “Lessons Learned. Lessons and evidence derived from UK CCS programmes 2008-2015”. He stressed that the aim of this work was to get the feeling of what happened by talking to anybody he could find. The target was not to tell what to do but to produce a report to provide evidence-based lessons that may allow us learning from this experience. 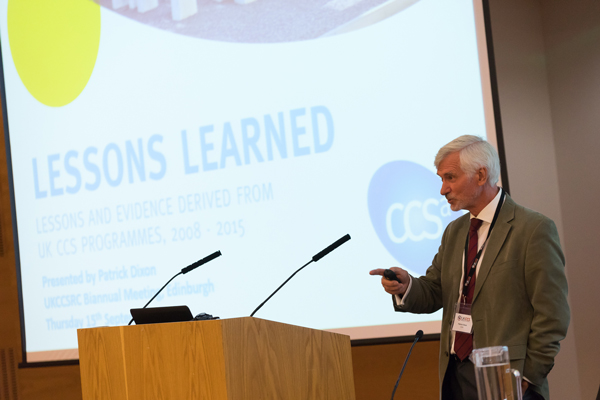 Patrick indicated that there were two previous competitions, and quickly focused on the most recent one: the Commercialisation Programme launched in 2012. He stated that this competition had a very clear business model (focused on full chain development), a very clear offer and a less clear process. His views are that it was a well-run competition, and he highlighted the following statement of the call: “…private sector electricity companies can take investment decisions to build CCS equipped fossil fuel power stations, in the early 2020s, without Government capital subsidies, at an agreed Contract for Difference (CfD) Strike Price that is competitive with the strike prices for other low carbon generation technologies”. He suggested this is a very important statement that undoubtedly indicates that this was not a demonstration process but a commercial process focused on delivery.

After this introductory talk, Patrick commenced to present the key lessons learnt from the Programme. He indicated that the first conclusion was that both the Peterhead and White Rose projects, if they had gone ahead, would have delivered an outcome. Infrastructure for pipelines and stores would have been built at a large scale for first projects, and this oversized capacity could have been used in future CO2 capture projects, resulting in outstanding transport and storage cost reductions. Nevertheless, the main problem of these projects was costs, which he says it is partly true and partly how the story was told. As a result, the Government though that the projects did not represent value for money and cancelled the Commercialisation Programme in November 2015. 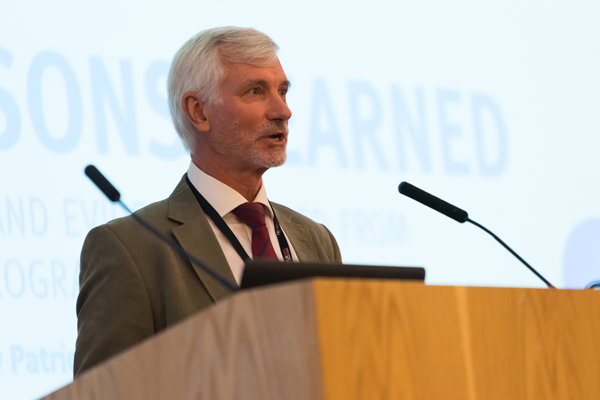 A second important lesson from this study is that the key barriers impeding execution of the projects were commercial, but not technical. It is clear that there are technical issues that are not trivial, but assessment showed this was manageable. Commercial impediments for the success of the Programme were mainly related to the commercial full chain business model, financed by the private sector. This is not an easy task, mainly due to the lack of attractiveness of offshore CO2 storage and risks and liabilities derived from possible cross-chain default.

Patrick commented he believed in the value of CCS but it is still expensive, and made a reference to the recent Oxburgh report, released in September 2016. He said that the £85/MWh cap proposed in this report has to be taken really seriously and is deliverable. He also highlighted that CCS is competitive, flexible and has implications across the economy. It is also local since pipes and storage sites need to be put in place locally.

Final thoughts were discussed on the optimal sizes of generation and capture power plants (around 1 GW) and storage infrastructure, which can be built to accommodate the CO2 produced by three 1GW-sized emitting sources in order to share and reduce costs. However, he recognized the problems of doing this for the first project.

This session was really interesting as it disclosed the main thoughts of the stakeholders involved in the Commercialisation Programme. It was also very useful in order to discuss future directions of CCS and the main issues that need to be tackled before commercial deployment.