This blog was written by Clea Kolster, a UKCCSRC ECR member from Imperial College London, who received funding from the UKCCSRC ECR Meeting Fund to attend the International Forum on Recent Developments of CCS Implementation Leading the Way to a Low-Carbon Future which took place in Athens, March 2015.

After a great evening of fun and games at the one and only Polynesian restaurant of Athens, the Ledra Kai, gifted with great cocktails, raw fish and surrounded by statues of the gods worshiped by Polynesian natives (far far away from Greece…), John Gale from the IEAGHG brought us back down to earth on Friday morning with an enlightening overview of the past, present and future of CCS worldwide. As general manager of the IEAGHG R&D Programme, John definitely had an insider’s view to share with a CCS-familiar audience. He pointed out the amount of work that has been done so far around the globe on the topic of CCS and the solid potential for CO2-EOR to boost the start of commercial CCS. John also reminded us that the first conference on CCS actually took place 23 years ago and CO2-EOR began in the 1970s in the USA. A lot of progress has been made on both fronts over the years but the deployment of CCS is lagging and the UK in particular needs to push its two CCS projects – White Rose and Peterhead – to make the transition between FEED (Front End Engineering Design) Stage and FID (Final Investment Decision). I think the audience would agree with me when I say that John’s opening speech was a wakeup call for us all in the midst of our research: CCS is lacking some key developments before being set up worldwide and we need to be pro-active in making these changes.

Although we have already seen CCS implemented for natural gas processing plants, the first commercial scale CCS plant only came online in October 2014 at Boundary Dam, Saskatchewan, Canada. John clearly pointed out that the special circumstances under which Boundary Dam was built have yet to occur in other provinces or countries. This is because Boundary Dam is essentially the only electricity supplier in the area of Saskatchewan, the electricity demand is consistent, the CO2 demand for EOR is in close proximity to the power plant, the coal used to generate the electricity is cheap and abundant and finally the government can and does provide large subsidies. 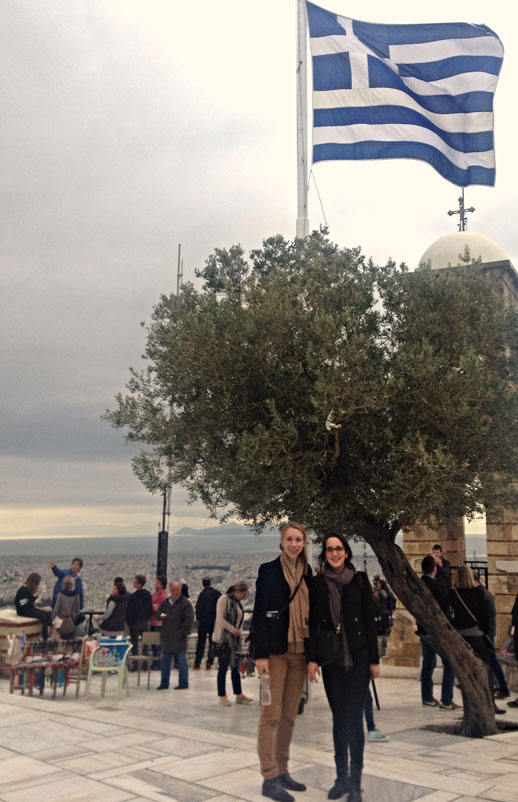 John’s talk was smoothly followed by a series of presentations on CO2 Storage. Whilst CO2 capture is currently the most cost intensive part of the CCS chain and CO2 transport is relatively well understood given the precedent in the USA (and extensive presentations on Transport throughout the conference), CO2 sequestration in the context of usage for EOR still has room for improvement. I was happy to hear from Charles Gorecki at the University of North Dakota, USA, about the large number of CO2 storage demonstration sites set up in the USA and Canada. Charles emphasised the importance of shifting the focus from maximising oil production from CO2-EOR to a balance between the latter and maximising CO2 storage whilst conducting strict monitoring to minimise fugitive emissions.

Overall, a lot was put into this intense and enticing 2-day conference and I think that it brought up a lot of new and interesting information and studies regarding CO2 transport and CO2-EOR.

Once again, thank you to the UKCCSRC for helping fund my attendance to this conference!