Written by Ainul Izaharuddin from the University of Leeds, whose attendance at the UKCCSRC Cardiff Biannual Meeting was supported by the ECR Meeting Fund. 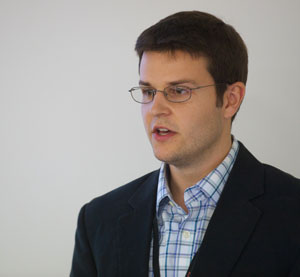 Electric Power Research Institute (EPRI) is Electric Power Research Institute (EPRI) is US non-profit organization for collaborative research in the electric sector. Its research spans electricity production, transportation, consumption, and environmental impacts. Members number 450, from more than 30 countries. Its charter is to provide benefit to the public, the electricity sector, and its members.

While several North American CCS demonstrations have been cancelled, significant projects are ongoing in all areas. Most funding came from government grants during the economic stimulus.

In the Mountaineer project, Alstom’s chilled ammonia CO2 post-combustion capture in 20MW demonstration at AEP in WV. It is designed for 100,000 tonnes CO2/year of which 75% of CO2 is captured. Injection is undertaken in a saline reservoir using two on-site wells. Capture started in September 2009 and storage in October 2009, with 51,000 tonnes captured and 37,500 tonnes stored so far. The capture project was completed in May 2011, with storage monitoring continuing. The project met design goals for 75% capture, resolved design issues caused by an accelerated schedule, identified process improvements, storage permitting is challenging and new to regulators, and calculated the cost of electricity for commercial scale plant in $113-123/ MWh.

In the Plant Barry project, MHI KM-CDR advanced amine CO2 post-combustion capture in 25 MW demonstration at Alabama Power’s Plant Barry in AL. It is designed for 500 tonnes CO2/day and capture started on 3rd June 2011, with almost 200,000 tonnes captured so far. The injection started on 20th August 2012, with almost 100,000 tonnes stored so far in an oilfield 20km away. The plan is to capture CO2 through 2014, then carry out 3 years of post-injection monitoring. One of the issues the project has faced was substantial regulatory hurdles for storage.

There are a lot of CCS demonstration project in North America, including Boundary Dam in Canada, FutureGen 2.0 in Illinois, Hydrogen Energy California (HECA) in California, Kemper County in Mississippi, Texas Clean Energy Project (TCEP) in Texas and WA Parish in Texas. Boundary Dam in Canada, owned by Saskatchewan Power 110 MW, will use capture process of PCC for 90% capture, in a project costing $1.4 billion (receiving funding of $245 million).

CCS demonstrations have not advanced as fast as planned, but progress is being made. Boundary Dam and Kemper are the only CCS demonstrations definitely going forward with several more possible. No major new government funding for CCS is forecast, but more public funding and support is needed to advance CCS. 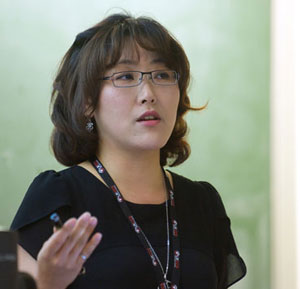 The goal of the RCN program is to advance the field or create new directions in research or education by supporting groups of investigators to communicate and coordinate their research, training and educational activities across disciplinary, organizational, geographic and international boundaries. RCN provides opportunities to foster new collaborations, including international partnerships, and address interdisciplinary topics.

The mission statement of RCN-CCUS is to build a trans-disciplinary Research Coordination Network (RCN) on Carbon Capture, Utilization and Storage (CCUS) that will facilitate research collaborations and training that cross the boundaries of the natural sciences, engineering, and the social and economic sciences to develop new understanding, theories, models and technologies as well as assessment tools for the developed technologies and their implementation plans for global communities.

There are 10 countries including 60 academic participants and 26 non-academic participants who participate in RCN-CCUS. In addition, the possible areas for collaboration are Research Coordination to generate relevant science and engineering questions, development of experimental protocols and data sharing, and trans disciplinary discussions on issues including societal and international policy issues. Educational Development and Programming offers curriculum development (Masters in Carbon Management at Columbia University) and summer schools such as RECS program. Last but not least, the Outreach Activities serve as a central source of the CCUS research and Gordon Research Conference.