It’s been a good week for blogs from our Flexible Funding investigators! We’re really happy to share our second blog report for this week, the blog report on Feasibility study into Quantum Technology-based Gravity Sensing for Carbon Dioxide Capture and Storage, an output of the Flexible Funding 2021 project of the same name, by Dr Michael Holynski and his team, consisting of Dr Jamie Vovrosh, Dr Kevin Ridley, Dr Geoffrey de Villiers and Professor Kai Bongs, University of Birmingham; and Ceri Vincent and Dr Paul Wilkinson at the British Geological Survey:

“In this project we have been investigating the possibility of using gravity sensors to detect CO2 movement, with the ultimate end use being in carbon capture and storage (CCS). In particular, we have considered the use of novel gravity gradiometers based on cold atom sensors [1].

The motivation for this project is the possibility of monitoring the integrity of CCS reservoirs. Ideally, the injected CO2 underground should remain trapped due to various mechanisms, such as being confined by an overlying cap rock or by chemical interaction with the porous rock. However, it is necessary to monitor the CO2 to provide assurance that it is securely stored and to understand the storage mechanisms. Given that the storage reservoir is usually several hundreds of metres below the surface, monitoring the CO2 is challenging and the geophysical monitoring methods are limited. One potential monitoring technique is gravity sensing.

The use of gravity sensing (both gravimetry and gradiometry) for monitoring CCS sites has been well studied [1], with the conventional wisdom being that for deep reservoirs the surface gravity signal is typically too small to be of use in detecting changes in the stored CO2. However, gravity sensors in boreholes running close to the reservoir may receive large enough signals from the reservoir that changes can be monitored. In addition, when we consider leakage to the surface, then concentrations of CO2 in “thief zones” may be more readily detectable using surface gravity surveys, due to the shorter distance between the CO2 and the sensors [2]. This kind of surface leakage was studied during this project. Specifically, we considered the GeoEnergy Test Bed (GTB), a field research laboratory operated by the British Geological Survey and University of Nottingham, which will be used to investigate near surface CO2 movement.

Our approach is to model the expected gravity changes that would be produced near the ground surface and could be detected with a mobile sensor, see figure below. 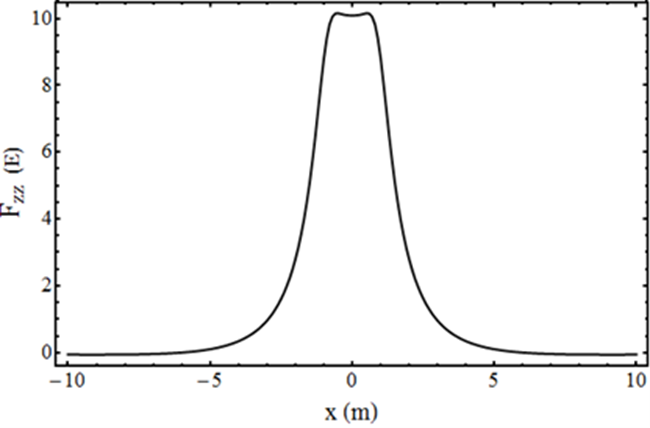 This is a cross-section of the predicted gravity gradient signal, in Eötvös, as the sensor is moved over a near-surface plume of CO2 . The plume is centred at position x=0.

Atom interferometry-based gravity sensors [2] replace traditional test masses with clouds of atoms laser-cooled to a few μK, before being placed into free-fall under gravity. As they fall laser pulses are used to place the atoms into a quantum superposition state to realise atom interferometry. As all atoms of the same type are identical, they make ideal test masses because their properties do not change with time or vary between instruments. This is beneficial for realising low-drift sensors such as those desired for CCS monitoring.

In laboratories, atom interferometry has provided extremely sensitive measurements of gravity, enabling investigations of fundamental physics as well as prompting the desire to transition these sensors into practical devices for use in real-world environments [3]. For example the atom interferometry-based gravity sensors have now been demonstrated outside of the lab. The University of Birmingham field gradiometer has been used outside to detect a tunnel [4] (see figure below). 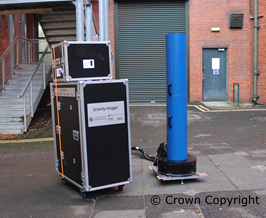 Figure 1. The Quantum Technology-based gravity gradiometer currently under development at the University of Birmingham.

As a result of the work carried out on this project, we have concluded that some existing gravimeters and gradiometers would be potentially suitable for the planned experiments at the GTB, and that the next generation of quantum sensors should be ideally suited for these measurements, due to there high sensitivity and low drift.