Novel carbon capture technologies are increasingly needed to reach the target of net zero carbon emissions. Our project studies a cryogenic carbon capture (CCC) process based on physical separation by freezing out the CO2 that avoids dealing with hazardous chemicals, high CO2 removal levels and delivers high purity CO2, which could be further used in the food industry or to produce chemicals.

To better understand cryogenic COs separation, we set the task of conducting an experimental programme at the University of Chester to determine whether tomography could be used to detect CO2 frost inside a packed bed column. 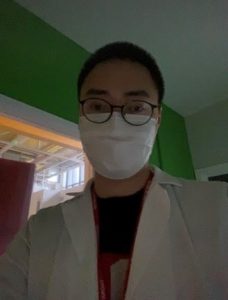 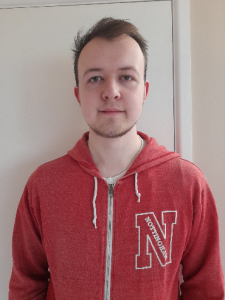 The first experiments focused on the set up and calibration of the ECT sensor around the carbon capture column. Once our university allowed business travel, Yuan Chen arrived at the University of Chester with the ECT sensor, which was installed around the capture column and calibrated for empty column and ceramic bed filled conditions. The ECT sensor used high and low calibration values for relative permittivity in order to create reconstructed images. 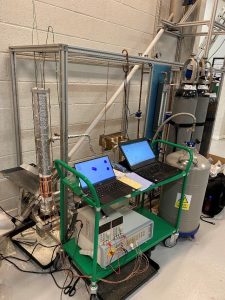 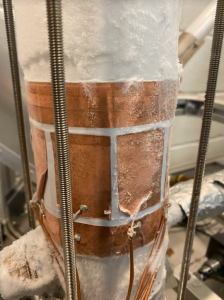 As with any experimental work, we faced several challenges. Due to deliveries of liquid nitrogen for experimental runs and the need for the capture column to be left to defrost overnight, there are a limited number of experimental runs that can be attempted each week. 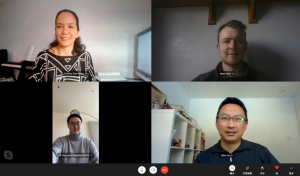 After the second lockdown, we managed to carry out more experiments. Instead of measuring the desublimation of CO2 frost in the capture column, we decided that we would monitor water frost formation. Thus, the bed material was wetted with water before being added to the capture column. The relative permittivity of water is very high at approximately 80, but the change in relative permittivity from water to ice would be sufficient for the ECT sensor to be able to detect the freezing of water inside the column. The freezing of water as cold nitrogen gas is fed into the column would indicate the flow regime of the gas phase within the capture column, to determine whether there is uniform flow or if there are dead flow regions within the bed material close to the gas feed pipe.

The ECT sensor was able to give much clearer results from these water frost experiments. Overall, the flow of gas through the column appears to be fairly uniform as the colour change from red to blue for the ECT sensor reconstructed images is steady throughout the cross section of the column with the exception of some spots close to the column wall. It is most likely that these areas close to the column wall were spots of the column that had no water presence prior to the introduction of cooling gas, meaning that from the high calibration point of wetted bed material there was no phase change to be detected. 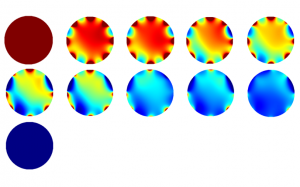 The project presented interesting practical challenges; including how to accurately take calibration readings for CO2 frosted bed material, how to determine when the bed was frosted, as well as how to evenly wet the bed material without flooding the column. In the future, we recommend testing CO2 frost formation using other bed materials. Our encouraging results will be presented at a conference shortly.