“February 2021: I just found out this is a requirement of the grant agreement. My first blog in years. Project has been reshaped by the pandemic as a desktop study. It’s one of those rare opportunities to dive deep into North American continental geology and look for synergies and parallels between two emergent 21st century industries: shale gas fracking and CO2 storage. Enjoying the background reading a lot.

March 2021: Working through the Ellsworth summary of earthquakes in Oklahoma. It’s a brilliant summary, covering the background of induced seismicity studies in the USA and this unintended experiment in triggered earthquakes. Initial impression is that the scale of land use and fluid disposal holds up as an analogue. Maybe. Impressive that the largest American modern earthquake east of the Rockies was an induced event in Oklahoma! Magnitude 6 no less.

March 2021: Interesting similarity in the background seismicity for the North Sea gigatonne storage areas and Oklahoma before the fracking. Both in terms of magnitude and frequency, both regions appear to have a similar profile of occasional earthquakes that barely register as ‘events’ in the public consciousness but fit on a Gutenberg-Richter trend as the infrequent upper-bound expression of more frequent smaller earthquakes that suggest a low seismicity area creaking and occasionally crackling in a field of intracratonic stresses.

May 2021: I’ve been busy writing up the gap work relating to net zero demand and immature CO2 storage resources. It’s increasingly relevant to gigatonne storage as the European policy is indicative of a global supply squeeze that will likely focus 80% of storage delivery into the 2030s and 2040s. This effectively doubles demand on top of the doubling entailed in a shift from 2ºC to 1.5ºC as the acceptable limit. So, this will push storage rates to their technical limit. Reasonable to ask if that limit will be public perception and government regulation of induced seismicity.

August 2021: Mind the gap since last entry. Finished gap work and drafted for submission. The scale and rate of required storage globally and in the North Sea is truly extraordinary. To a first approximation, the only waste disposal industry that has ever approached this amount of subsurface injection is the fracking-associated produced water disposal in North America. This makes a proper understanding of the Oklahoma induced seismicity vital, as it is sure to draw lazy comparisons that play on the anxiety associated with all earthquakes. Question is, does the analogue comparison hold?

September 2021: The more I dig into Oklahoma, the more of an anomaly it becomes. It is neither representative of seismic response in most States that have seen similar levels of fracking, nor does the analogue comparison with CO2 storage in the North Sea hold up. The premise is beginning to unravel, but good to get there in case the comparison is made by others in the future. Questions arising regarding the pressure model.

October 2021: Now convinced that while the observed correlation (injection activity and earthquakes) is strong and clear, the inferred correlation (pressure change and fault failure) is unproven. While Oklahoma earthquakes were clearly caused by the injected wastewater, the highly cited papers include an inferred correlation for pressure as the ‘obvious’ causative mechanism. The pressure models are terrible. Appear to be poorly constructed, over-simplified and weak representations of the subsurface geology, based on poor data control. The visually convincing pressure blush underplays the extraordinarily small magnitude of the inferred (i.e. simulated) pressure changes. These are not measured or tested in any way. It’s just another superficially convincing pressure model that does not add up.

October 2021: So, the Oklahoma pressure models are pretty much unbelievable. Pressure changes of approximately 10 kPa are difficult to measure at a depth of a few kms without sensitive in-situ monitoring. There are no measurements, none, to back up the models. For context, the models infer pressure changes of less than 10 kPa/month, or 1/10th of an atmosphere. It is hard to believe that the faults associated with the seismic swarm are being triggered by sub-10 kPa changes on a monthly timescale.

November 2021: The narrative of the write-up has shifted towards explaining the non-representative behaviour of Oklahoma with respect to fracked shale plays in North America and its unlikely suitability as an analogue for the North Sea and CO2 storage with respect to seismic hazard, though a number of lessons can be learnt. Firstly, the media and the public respond strongly to the emotive nature of ‘earthquakes’. Magnitude, frequency and impact all play a role, though any earthquake will do in a pinch on a slow news day. Public understanding and media responsibility remain key to stakeholder perception of the significance of induced seismicity associated with subsurface industries.

December 2021: Added a brief section on the commonplace poor practise of forward modelling pressure to support edge-case scenarios that confirm bias despite a lack of supporting observations. There has been a long history of this in CO2 storage. The relevant papers are almost always poorly referenced and thinly veiled attacks on the feasibility of storage. Calling this the ‘pressure Gruffalo’.

The team have also shared several photos of a deserted Edinburgh as part of their fieldwork during the lockdowns: 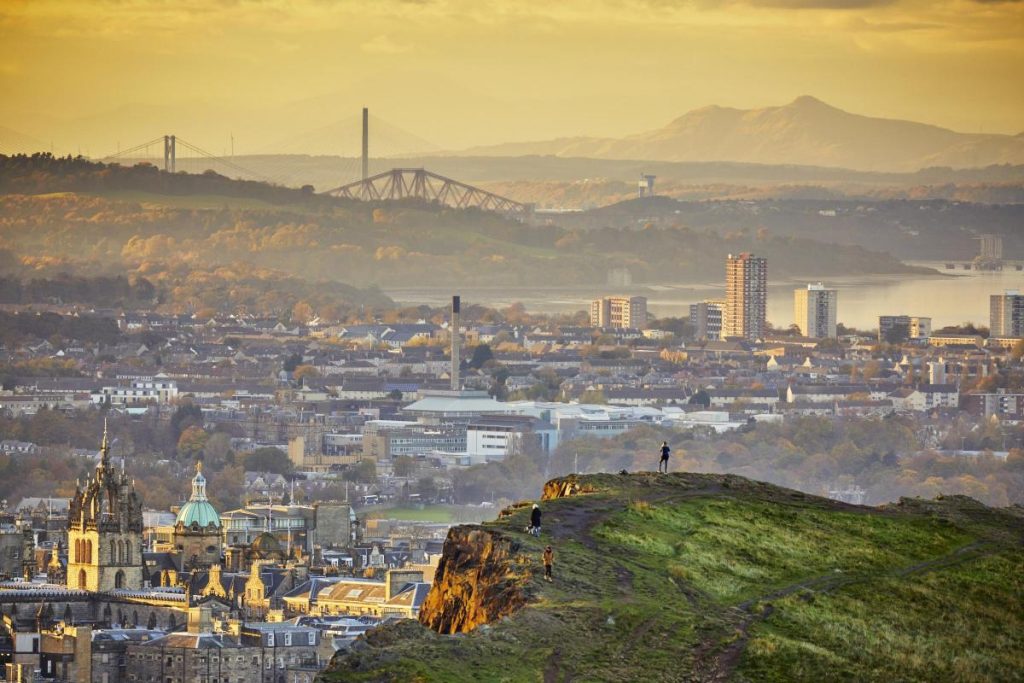 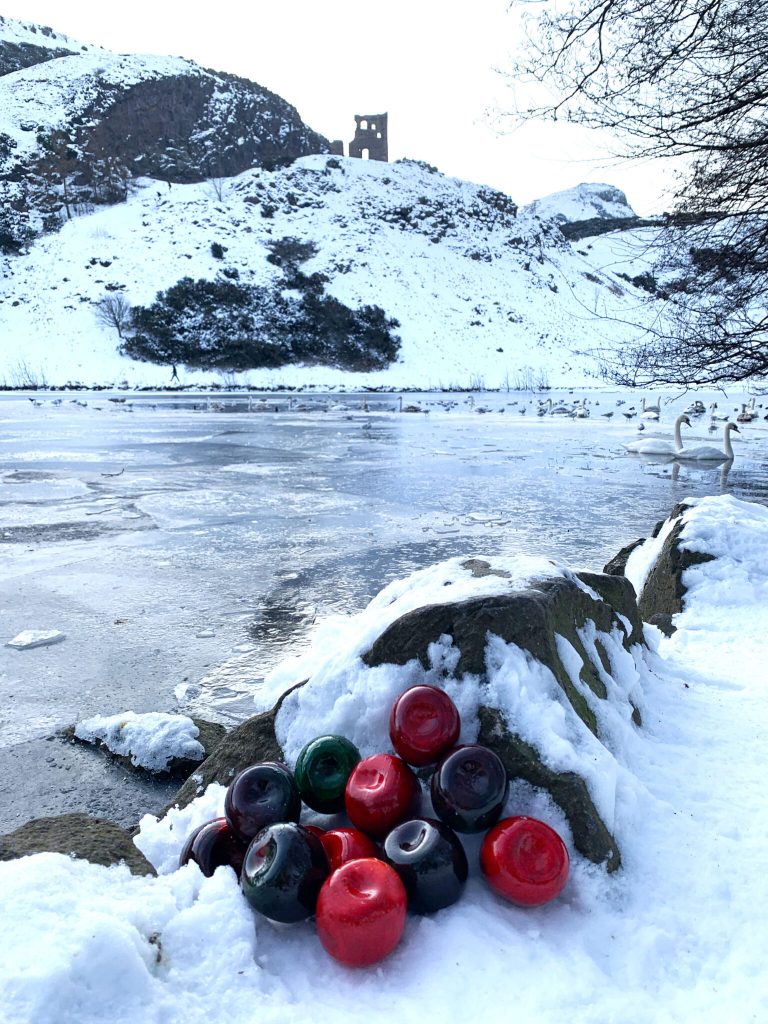 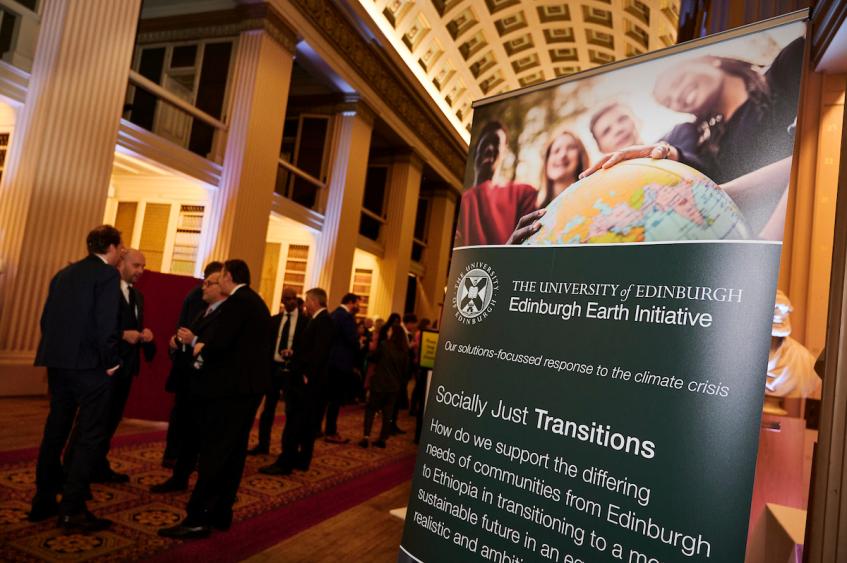 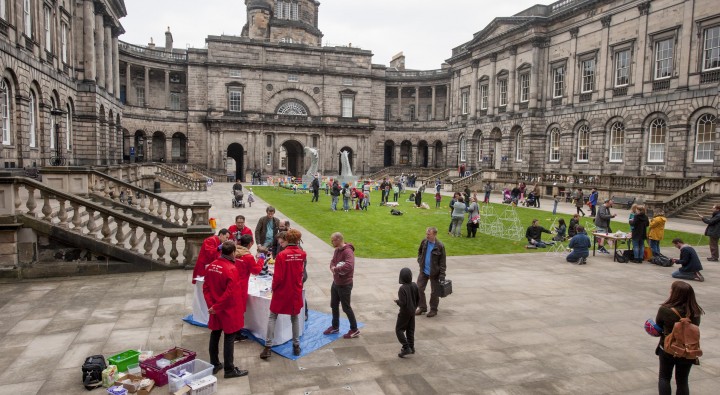 It’s been a good week for blogs from our Flexible Funding investigators! We’re really happy to share our second blog
Read More

We’re pleased to share the blog report as an output of ‘Advancements in mixed amine atmospheric kinetic models‘, one of
Read More