The second day of the UKCCSRC Biannual meeting opened with a talk given by Will Lochhead from the Department of Energy and Climate Change (DECC)  on an update on CCS. His presentation was not an easy task, especially after the unexpected cancellation of the £1bn CCS Competition in November 2015. This had been widely debated the day before, questioning if politicians are really aware of the urgent need for cutting CO2 emissions to tackle climate change. 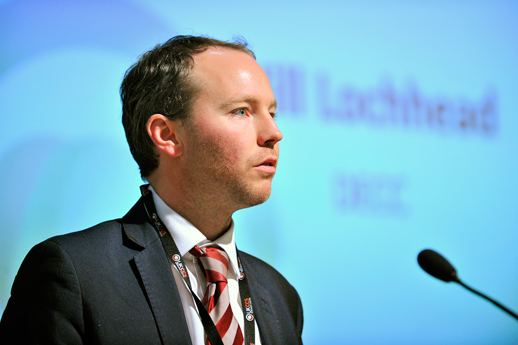 Mr Lochhead recognised it was difficult to give a positive view given the current context, although this doesn’t mean that Government has written off CCS. He emphasized Government is aware of the important role CCS has in long-term decarbonisation of UK industrial and power centers. CCS has potential to be vital and to significantly reduce the costs of decarbonisation, especially in the context of the recent Paris Agreement. He stated the spending review recently carried out doesn’t mean that Ministers are not aware of the need of CCS now or what CCS can offer, but their view is that costs associated with CCS are high and they must come down. Therefore, it is a priority for them to reduce those costs and working with industry to keep the option of CCS in the UK open.

In this context, Mr Lochhead showed his understanding to the general disappointment and explained that the Government is currently supporting activities related to CCS, such as R&D and international activities, amongst others. The Government is now looking at potential options and a new approach for CCS, and Mr Lochhead confirmed this will take time. However, it is important to keep the option of CCS in the UK open. At this stage internal work is currently ongoing, and it is expected that the process of external engagement and discussion will begin from late spring into early summer this year. A report will be also released this summer.

Some questions were also raised for further discussion in the later panel session. These are issues of concern for Ministers, which they think will help in developing a future approach to CCS in the UK. The first one was related with the required deployment of a CO2 capture and storage infrastructure, and what conditions are needed to do this cost-effectively and efficiently. A second aspect of concern is the costs of the CO2 capture stage and stimulating innovation to reduce them. Besides established capture technologies, there is a number of newer capture technologies under development which can potentially reduce the costs of CO2 capture, and it is important to know what is their real potential and how they can be supported. The last question was related to the possibility of establishing a CO2 market to help in the deployment of CCS in the UK, in line with what is happening in North America. Ministers think it is important to discuss about what is the role of a CO2 market and if CO2 utilisation can fit into the UK CCS strategy.

This talk was interesting in order to see Government view and reflections about the future of CCS in the UK, especially with regard to Ministers’ main concerns and future approach for CCS.