Dave Jones from British Geological Survey (BGS)  and Sean Rigby from University of Nottingham visited Australia with funding from the UKCCSRC International Research Collaboration Fund. The aim of the visit was to explore possible collaboration between Australian researchers and the GeoEnergy Test Bed facility being developed jointly by the University of Nottingham and BGS.

With barely time to gather breath after the long journey to Canberra, we were meeting Andrew Feitz and colleagues at GeoScience Australia (GA) and that afternoon we were taken on the short drive to the Ginninderra test site. This is nearing the end of its life but was recently used for a blind methane release where different groups of researchers attempted to detect and quantify the amount of gas liberated using a variety of techniques. All will be revealed at a closed meeting this month but we were told that some groups had got very close to the correct answer (but not who they were!) 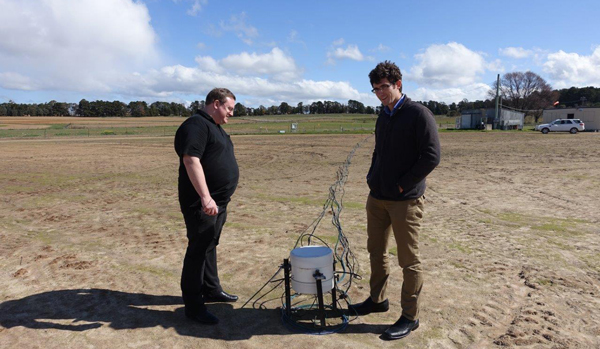 The following morning we explained the purpose of our visit to the Department of Industry and Science, who suggested we talk to several other groups in Australia. This led to us visiting CarbonNet and the Global CCS Institute in Melbourne and to arranging to meet Kevin Dodds of Australian National Low Emissions Coal Research & Development when back in Canberra. They also explained their current CCS research call, where international collaboration is encouraged, and suggested we might make a joint bid. That afternoon we gave presentations to GA and the Commonwealth Scientific and Industrial Research Organisation (CSIRO) staff on our work and had subsequent discussions with Charles Jenkins from CSIRO, who has a lead role in monitoring at Otway.

A short morning flight and a drive across rolling pastureland, which could have been in Britain, but for the gum trees and kangaroos in the distance, took us to the Otway site. Here we were given an excellent overview of the CO2CRC facility and the past and proposed research work. This will include a shallow injection at about 30 m, which is similar to one of the experiments proposed at the GeoEnergy Test Bed. The explanation was followed by a full guided tour of the site. We just had time on leaving to catch the sun setting on the Victorian coastal cliffs – a great photo opportunity- before arriving at our overnight accommodation in Port Campbell. 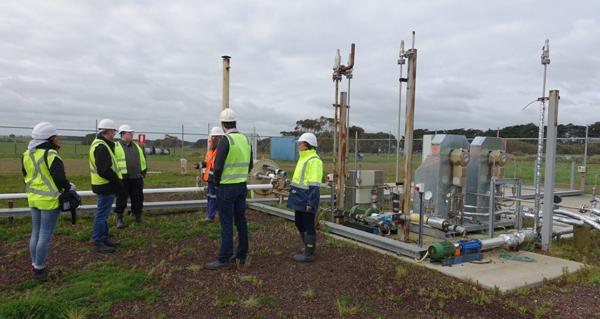 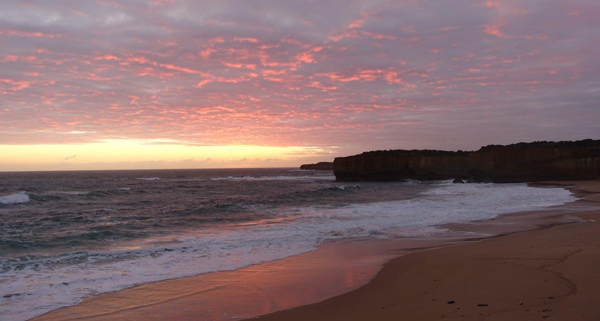 The next morning greeted us with a depressing fine drizzle but this had dissipated by the time we reached the 12 Apostles (actually now only 10 sea stacks) for another excellent photo stop. After whirlwind visits back in Melbourne we headed back to Canberra for our final deliberations. 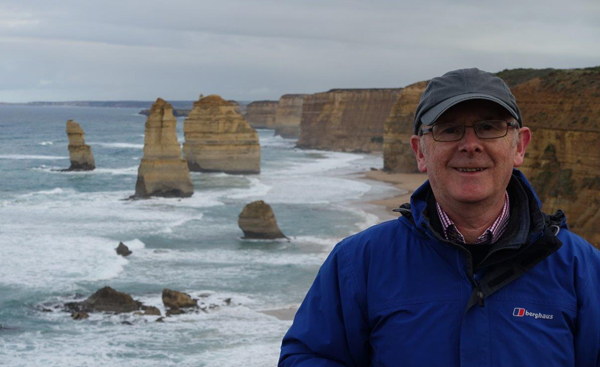 After a very full and fruitful week of meetings, site visits and presentations the weekend provided some lighter relief with a tour of local wineries and visits to the National Gallery and old Parliament buildings. We just had time before departing to experience Tony Abbotts’ last Question Time as Prime Minister before his party replaced him as leader with Malcolm Turnbull. 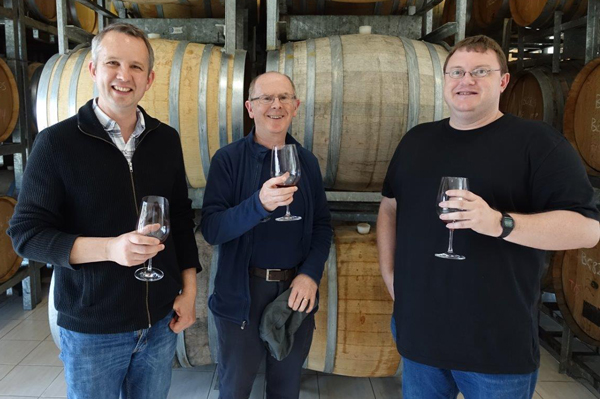 All in all it was a very enjoyable, instructive and useful visit. We would like to thank UKCCSRC for supporting our visit and to give special thanks to Dr Andrew Feitz, Max Watson and their colleagues for making all the arrangements and for their hospitality.