This blog was produced by Khalil AL Hanashi

Social research is not my core research field in my PhD; I have to admit. However, it is needed to link all the engineering and science research work done for CCS to the reality of CCS in the industry and the wider community. During the UKCCSRC conference in Sheffield, I joined the discussion session on Innovation in social research to promote CCS.  The discussion was facilitated by Kirsty Lynch from Pale Blue Dot.

The first discussion point was on the need to identify the right stakeholders for any social search. It is sometimes perceived that the general public is the main stakeholder when it comes to social research in CCS but focusing on other stakeholders such as financing and insurance community for example might be needed to promote CCS funding. Creating awareness about the benefit of CCS at the general education level was highlighted as one of the potential social research areas as well. There is a negative image associated with CCS due to either some previously failed CCS projects or the historical link with coal power plants.

The discussion also touched on the increasing role of social media in shaping public opinion and the need to exploit such channels through proper social research in the context of CCS visual representation in social media. Learning from other industries and environmental campaigns was also discussed and the example of the recent sharp take off in the general public and policymakers interest in reducing plastic usage within the last five years or so was discussed as an example to learn from.

Establishing strategic combined research areas such as Socio-economic research on the impact of CCS cluster on the development of local communities was suggested as another area for innovation in social research. 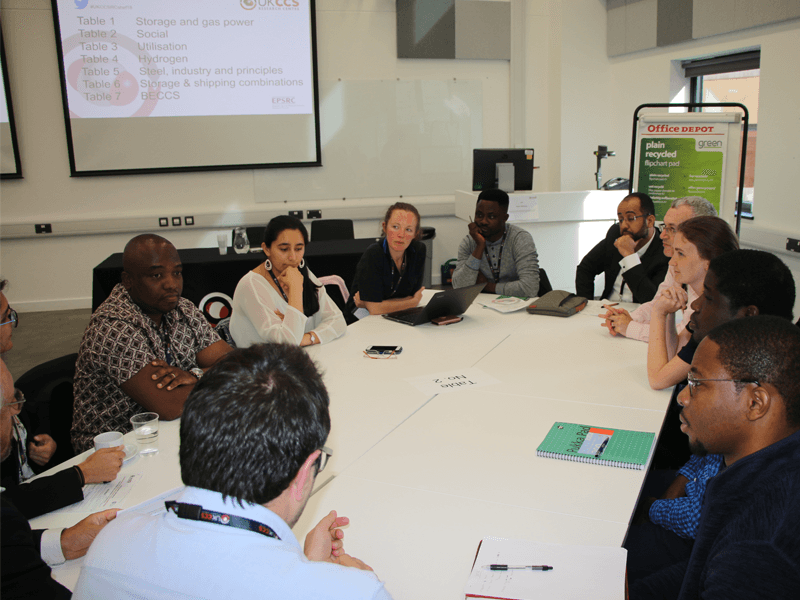