It is the eve of the first day of the long awaited 21st Conference of the Parties (COP21) to the 1992 United Nations Framework Convention on Climate Change (UNFCCC). Christiana Figueres (Executive Secretary of the UNFCCC) has just tweeted that Angola are the 184th country to submit their Intended Nationally Determined Contribution (INDC) to the UNFCCC and I am busily packing for my trip to Paris and checking for the umpteenth time that I’ve packed my passport.

Today, mobilisation events all around the world showed how the actions of ordinary people can be effective in raising awareness of the significance and importance of the Paris talks. Some 50,000 people participated in the climate march in London (twice the number that marched before COP15 in 2009) and I am delighted to see how widespread news reports on the many climate marches that took place around the world were. 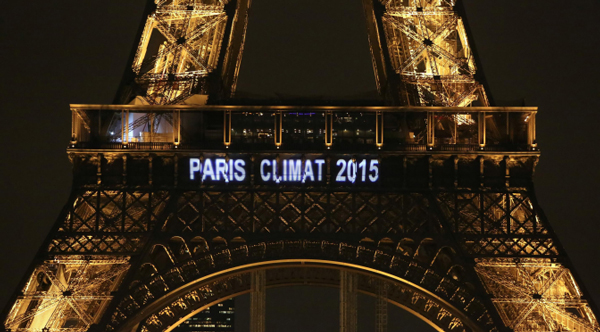 Tomorrow, Heads of State and Government, including UK Prime Minister David Cameron, will descend on Le Bourget in Paris for the Leaders Event and High Level Segment of this COP. Expectations that this round of negotiations will result in an agreement to get us on track to avoiding catastrophic climate change are high, so what can we expect from COP21?

The UN has pledged to limit temperature rise to 2°C but it’s unlikely that any agreement made in Paris will guarantee this, especially as pledges made through the INDCs received would take us on a path to 2.7°C rise in temperature.

It’s clear then that greater ambition is needed post COP21, before the Paris agreement comes into force in 2020. A mechanism will be needed to review and revise upwards individual country commitments and the Paris agreement is expected to commit countries to a ratcheting system (ideally every five years).

There appears to be widespread political commitment coming into these talks, taking place from the 30 November to the 11 December, but the big question is, will the agreement made in Paris be legally binding?

We have heard a lot about the ‘Road to Paris’ but we must remember Paris is not the end point and these two weeks must be used to take the necessary steps to steer us in the right direction.

I am fortunate to have the opportunity to attend the first week of these historic talks where I will be busy attending CCS events being hosted by CCSA, IEAGHG, GCCS|, CO2Geonet, University of Texas at Austin and others, as well as supporting the dissemination of the important key messages contained within the ‘storage is safe’ open letter to Ms Figueres.

I look forward to posting more updates here over the next few days and remember to follow @ukccsrc on Twitter for news from COP21 too.