As I signed off yesterday’s instalment, I mentioned that I would be spending time following up the negotiations and how they are progressing here in Paris. Well I managed to do a bit and caught-up on some work (which sadly doesn’t go away while I’m here) and so it was a late night meaning a lot of today has been spent drinking (and queuing for) coffee!

As I mentioned in my first blog, this meeting in Paris is the 21st Conference of the Parties (abbreviated to COP21) to the United Nations Framework Convention on Climate Change (UNFCCC). You may also have seen the term CMP11 being referred to in the context of these negotiations which is an abbreviation for the 11th meeting of the Parties to the Kyoto Protocol. The CMP meets during the same period as the COP.

Yesterday, 1 December, COP21 and CMP11 convened in plenary to adopt their agendas, organise their work and hear opening statements.

The Subsidiary Body for Scientific and Technological Advice (SBSTA), one of two permanent subsidiary bodies to the Convention which provides scientific and technological advice to the COP and CMP, held their opening plenary in the morning.

The Ad Hoc Working Group on the Durban Platform for Enhanced Action, or ADP, also started their work yesterday. The ADP is a subsidiary group and was established by decisions taken at COP17 in Durban, December 2011, with the remit to ‘develop a protocol, another legal instrument or an agreed outcome with legal force under the Convention applicable to all Parties, which is to be completed no later than 2015 in order for it to be adopted at the twenty-first session of the Conference of the Parties (COP) and for it to come into effect and be implemented from 2020‘. We should all therefore be monitoring closely the progress this group makes. 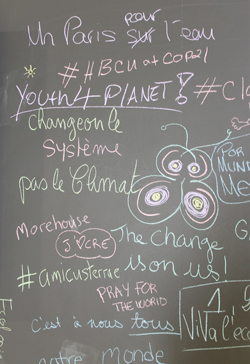 And so talks are well and truly underway and two busy, sleep deprived weeks lay ahead for the negotiators. As always, it’s hard at this early stage of the negotiations to assess how well (or not) things are going. No doubt negotiators will be feeling the pressure of the looming deadline, just nine days away now, as they try to work through the still huge negotiating text. We must all keep our fingers crossed that parties find areas of convergence and ways to progress these talks to a satisfactory conclusion by the 11th December.

If you’re interested in more detail (and believe me there is a lot more), I recommend the fantastic Earth Negotiations Bulletins (ENBs) that the International Institute for Sustainable Development (IISD) prepare daily for nerds like me who like to follow the negotiations closely. You can sign up for email alerts here.

Now it wasn’t all coffee drinking and negotiations tracking today. GCCSI and CO2GeoNet hosted a meeting in the Climate Generations area of the conference entitled CCS: A Proven and Safe Technology Vital for Completing the Climate Change Mitigation Portfolio. 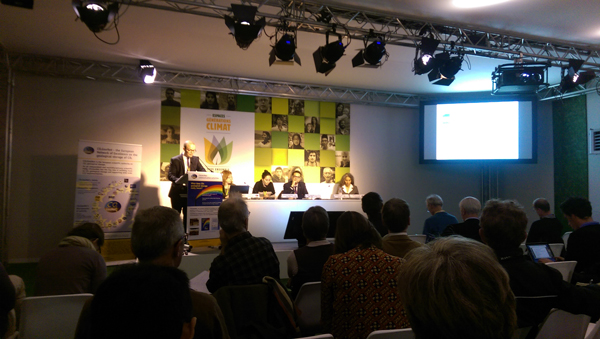 Juho Lipponen in his remarks discussed the relevance and importance of CCS in dealing with emissions from existing electricity production, new coal and gas plant and several types of industry sources. Benjamin Court emphasised the need to deploy CCS urgently and underscored that policies which encourage investment in the technology are required. Finally, Samuela Vercelli facilitated a very interactive public discussion after the talks.

The meeting was conducted mostly in French (with the exception of a few slides thankfully!) and having not done so well in this subject in my Leaving Certificate I struggled to follow some of the meeting. It was a nice event though and I am sorry to not be able to do it more justice in my summary here. 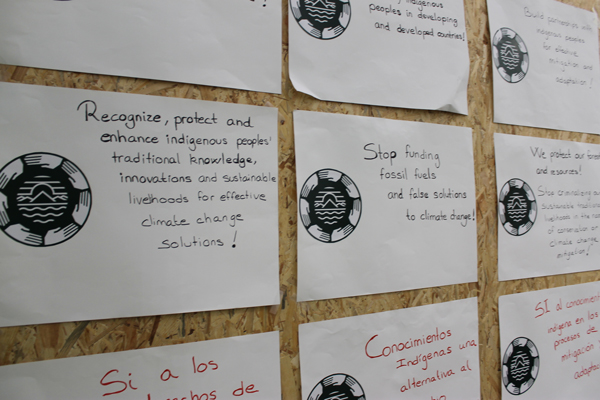 My difficulties with the French language continued into the evening when, at a café close to my hotel, I somehow ended up with an amaretto sour instead of water. What can you do!