I was bursting with enthusiasm this morning for my second day at COP21. I now knew how to get to Le Bourget. And having done a reccie yesterday evening, was familiar with the layout of the conference centre (even if Obama delayed me by two hours!). Pas de problem!

It was a lovely mild day in Paris and so I walked from my hotel to Gare du Nord train station, took the RER B train to Le Bourget, and walked from there to the Parc des Expositions (not wanting to wait for or be crammed on to one of the shuttle buses). 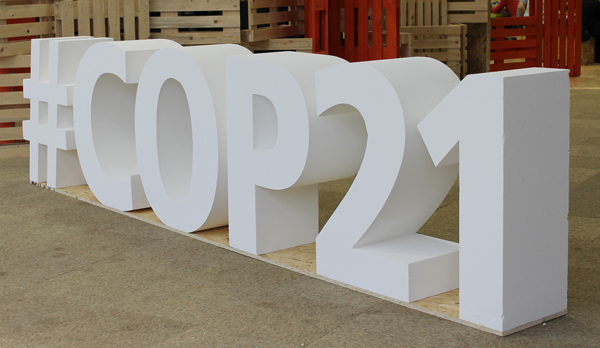 Upon arrival, I started to remember how long it takes to do anything at one of these things – getting through security, walking between meeting rooms (the place is huge), even queuing for coffee! I began the day dropping promotional materials to the various exhibitors who said they would support our messaging in Paris (GCCSI, CO2GeoNet, CCSA, IEAGHG, UT Austin and Bellona). As we are obviously respecting the paper free policy, these include business cards with QR codes so people can be directed to information on line, and just a few copies of the ‘Storage is safe’ letter that was sent to Christiana Figueres. 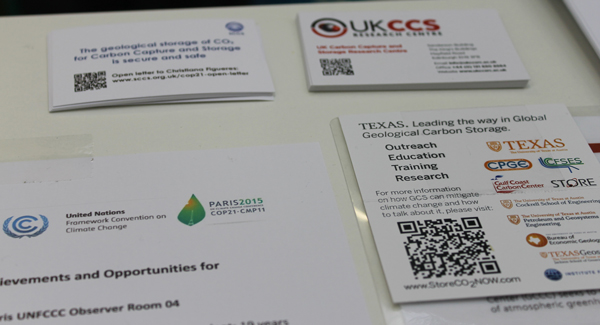 It was then time to send a blog back to the office and so I camped out in the Climate Generations area of the COP until this was written. The Climate Generations zone is the publically accessible part of the conference. It is a bright, fun area containing space for exhibitors, meeting rooms, catering outlets and importantly areas to get some work done!

Blog submitted, it was time to make my way to the CCSA, IEAGHG and UT Austin official side event entitled Carbon Capture and Storage: Achievements and Opportunities for Developing Country Involvement but first Vivian Scott (SCCS) and I would try to take some photographs with an A0 size version of the ‘Storage is safe’ letter among the flag pillars decorating the front of the conference centre – the below photograph demonstrating that neither photography nor product placement is really in our skillsets. Must do better.

There was a great buzz outside Observer Room 4 for the CCS side event, not least because Brad Wall, Premier of Saskatchewan was attending, and surrounded by media before the meeting got underway. 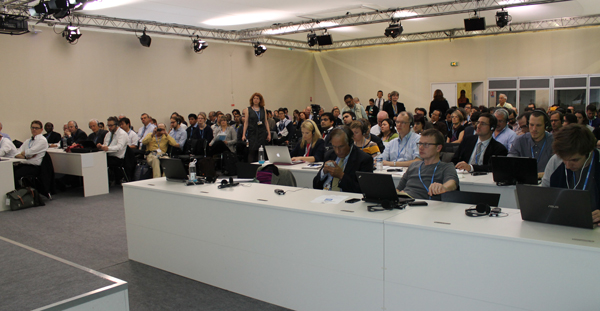 Tim Dixon, IEAGHG, kicked off the meeting and quoting the IPCC 5th Assessment Report stated that that the cost of stabilising CO2 concentrations at 450 ppm by 2100 will increase by 138% without CCS. Tim also noted that CCS is highlighted as one of the six priority areas in the recently released UNFCCC Climate Action Now report.

Philip Ringrose, Statoil, began his remarks by stating that CCS works and has been in use for 19 years. He went on to say that work at Sleipner shows that CO2 can be stored safely underground and that Statoil have shared approx. 50 datasets with research institutions globally, emphasising the importance of collaboration in this area.

Ton Wildenborg, CO2GeoNet, talked through several examples of European CCS pilot projects and how they have helped provide evidence that CO2 storage is safe.

Premier Brad Wall introduced the CEO of SaskPower, Mike Marsh, who provided an important update on the Boundary Dam full chain CCS project stating that they have developed solutions to the technical problems identified during the first year of operation. He also flagged up that the Aquistore facility there demonstrates CO2 storage is a safe and workable solution to storing greenhouse gases underground.

Katherine Romanak of University of Texas at Austin discussed how offshore storage increases the potential for CO2 storage (as opposed to onshore storage) and invited people to participate in a workshop in Austin in 2016 to discuss what needs to be done to develop CCS in countries that have the potential.

An interesting discussion, with questions from the audience, followed. When asked about whether policy support is required to facilitate the deployment of CCS, Tim Dixon answered that it is and provided examples of how CCS has been supported in different countries; in Canada through capital support and the Energy Reduction Standard; and in Algeria (the In Salah project) by an industry that wanted to learn by doing.

Inevitably, the panel were asked about the UK Government’s move last week to cancel the £1billion CCS commercialisation programme. Again, Tim fielded the question, noting the announcement was a surprise and not expected and quoting Luke Warren, CCSA, remarked that the decision dealt a ‘devastating blow for the UK CCS industry’. (Note: A compilation of responses to this announcement, including UKCCSRC’s, can be found in this handy Storify produced by SCCS.)

And so, after a long, hectic, but enjoyable day, I headed for my hotel and after some dinner started to catch up on how the negotiations are going. More on this tomorrow!