After a delay due to bad weather, I landed in Paris this afternoon, and once I’d dumped my bags at my hotel, I began to negotiate my way to the COP21 conference centre.

The COP is being held at the Parc Des Expositions in Le Bourget, a suburb of Paris, and I was delighted that I managed to find my way there by train, without getting lost, using the little bit of French I possess (helped massively by the fact that trains were free of charge today and so I didn’t have to converse with anyone on how to buy a ticket!).

Happily a fleet of hybrid shuttle buses was waiting in Le Bourget station to take COP21 attendees on the 2km journey to the conference centre. It had been plain sailing until this point and so I was feeling quietly confident…

I boarded a shuttle bus and didn’t bother about getting too comfortable; after all I would be alighting in less than ten minutes…or so I thought. Apparently I had timed my arrival in Le Bourget with President Barack Obama’s departure and all roads were closed for his motorcade. After 30mins or so we were on our way to the Parc Des Expositions and once dropped off found ourselves waiting…again…this time to be allowed entrance to the conference centre. 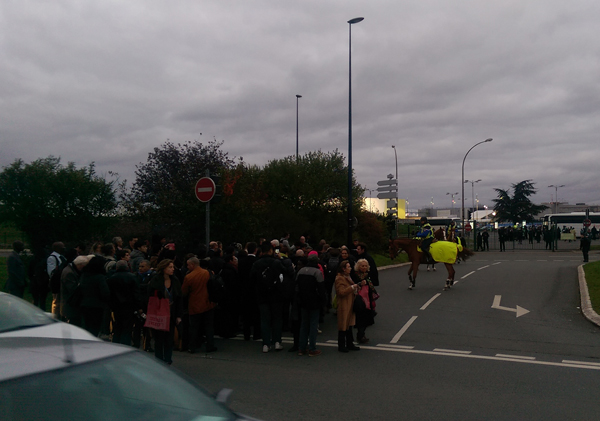 Eventually, I made it inside, got through security and successfully registered – the unfortunate thing being I was already ‘in the system’ and so the pictureon my badge is from three years ago at COP18. I was obviously having a bad hair day that day in Doha.

All this time (and ploughing through my phone’s battery and data allowance) I had been following the important speeches being made during the Leaders Event, and was pleased that key players seemed to be making the right noises.

President Barack Obama acknowledged the role of the US in contributing to climate change and remarked that the US ‘embraces its responsibility to do something about it’. His speech appears to have been well received but some have noted on social media that this was also the case when he spoke at the ill-fated COP15 in Copenhagen. Let’s hope this isn’t an omen, although it is important to note that it is highly unlikely the US will sign up to a ‘legally binding’ agreement.

The UK Prime Minister David Cameron spoke about the need for a deal to be made in Paris which: keeps the 2°C limit on temperature rise a reality; includes a binding legal mechanism; includes a five year review; measures and verifies what happens with the deal we make; is fair for the poorest and most vulnerable; and transfers technology from the richest to poorest countries.

Mr Cameron went on to say that our grandchildren would ask us, ‘why was it so difficult?’, to agree on staying within the limit of a 2°C temperature rise when 97% of the world’s climate scientists have said climate change is urgent and manmade and must be addressed. Some critics of Mr Cameron’s Government might say that the difficulty now is retaining any chance of meeting the UK’s emissions reduction targets when they have cut subsidies for renewables and abandoned the £1 billion commercialisation project in the UK!..

While thinking through my expectations for COP21 in yesterday’s blog, I forgot to mention important discussions around payments from developed to developing countries dealing with climate change and that Paris will hopefully firm up commitments previously made (at COP15) that payments would reach $100 billion per year. Those following today’s speeches will have noted that eleven countries made pledges of $250 million to support mitigation and adaptation programmes in countries most vulnerable to climate change via the Global Environment Facility (GEF). Developed countries, with historical responsibility for causing the climate problem have a moral duty to honour the commitment made at COP15 and although it has seemed at previous meetings to be hard to pin down, these announcements might mean that meeting this goal could be in sight? 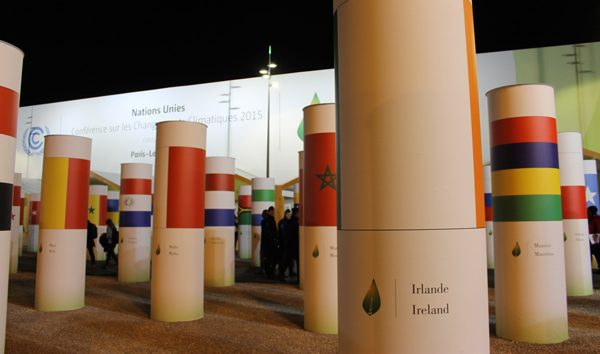 And so, after a somewhat hectic day spent  mostly waiting/queueing, I look forward to returning to Le Bourget tomorrow to participate in the first of the CCS events scheduled for the coming weeks in Paris and which is being hosted by CCSA, IEAGHG and University of Texas in Austin on ‘CCS: Achievements and Opportunities for Developing Country Involvement’ – expect a full report tomorrow!