This blog was provided by Andrea de Santis whose attendance at the UKCCSRC Cardiff Biannual was supported by the Early Career Researchers Meeting Fund.

Jan presented an overview on the current and future plans for the Dutch National CCS program CATO-2 (2009-2014), which follows the first CATO program, started in 2004 in an attempt to integrate the various CCS-related activities carried out in separate programs.

CCS in the Netherlands is facilitated by the availability of large CO2 point sources and large storage capacity, the relatively short transport distances and the presence of an extensive knowledge on gas and CCS (research on the topic started in the early 1990s). 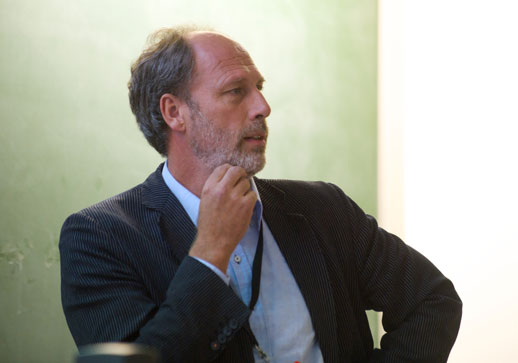 The research effort under the CATO-2 program involves several CCS aspects. Efforts on the capture side have been focused on the developing of low cost capture technology using solid sorbents and chemical looping combustion. For carbon dioxide transport, a model for CO2 pipeline transport which can be used as an input for risk and safety assessment, has been developed. Furthermore, research on techno-economic feasibility modelling of CCS solutions, CO2 long-term fate investigation and assessing risks posed by fault activation (in terms of both leakage and induces seismicity) have been carried out. Research has also looked into the assessment of pitfalls in communication on CCS, public’s opinion on CCS and the potential of community compensation to solve CCS facility sites controversies.

The next step of the Implementation plan is phase 3 and involves the deployment of large demonstration plants. A CCS vision document about this aspect will be completed in fall 2014.