Written by Carolina Font Palma (Research Fellow, University of Leeds), who attended the UKCCSRC Autumn Biannual Meeting 2014 with the support of the UKCCSRC ECR meeting fund.

The closing keynote session focused on FEED studies in the UK, with presentations on the Peterhead and White Rose CCS Projects. 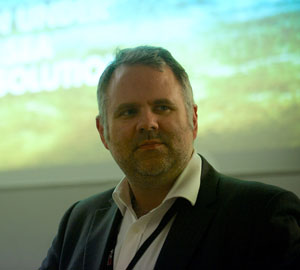 Owain Tucker (Shell) is the subsurface and wells lead for the Peterhead CCS project. He started the presentation by acknowledging climate change as a reality and the urgency for decarbonisation. He showed Shell involvement with CCS projects, such as Quest, Weyburn, TCM, Otway, Gorgon, and now Peterhead. He recounted that the Peterhead site has evolved over the years – first it was power plant firing oil, then it was converted from oil to a gas-fired station, and in the future it will include CCS. The project current status is in the Front-End Engineering and Design phase (FEED); construction is planned for 2017-18 (takes 30 months), the commissioning for 2019. In terms of transportation, new CO2 pipeline is needed, and the platform has to be updated by replacing piping for CO2. The transported CO2 will be store in the depleted Goldeneye gas reservoir, off the north east coast of Scotland. He concluded with a comprehensive risk assessment of possible migration of the reservoir. 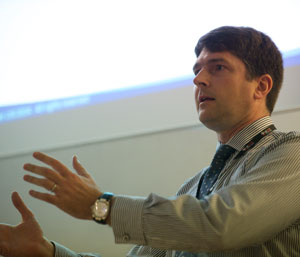 Don Reid (Capture Power Limited) is the Transport and Storage Contract Manager for the White Rose CCS Project. He started by introducing the site, which consists of an ultra-supercritical 426 MW oxy power plant, Drax Power Station site at Selby, North Yorkshire. The project involves an industrial consortium formed by Alstom, Drax, and BOC. Key aspects of the project are reliability (in terms of use of conventional/existing technology), fuel flexibility and scale up. In terms of storage, screening to select the most appropriate sites for storage has been performed, and it was reported that regional assessment has been completed. Project updates were presented: the FEED contract was awarded in December 2013, FEED is underway, and NER 300 award decision was taken in July 2014 by UK Government. He concluded with some key messages: the project is intended to show how fossil fuel power generation can be flexible and reliable, with security of supply and grid stability to complement nuclear and intermittent renewables.

The session ended with great participation from the audience, the speakers and chairman. A concluding personal note is that it was a fantastic opportunity to catch up with CCS fellows and I would like to encourage ECRs to attend one of the next meetings.