This blog was written by Renato Cabral who is a PhD student at Imperial College London and received funding to attend the Manchester Biannual Meeting from the UKCCSRC ECR Meeting Fund.

As a PhD student that has started his research topic on modelling CCS technology, more specifically oxy-fuel combustion, and eventually will look into co-firing coal with biomass, I was very keen on attending the BECCS session and learning from the experts in the field. As an ECR I was presented with the honour of contributing for UKCCSRC by writing about two great talks given by Dr. Clair Gough and Dr. Mairi Black. 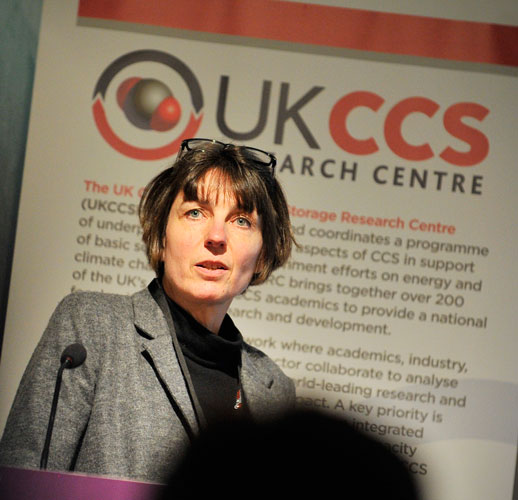 Dr. Clair Gough gave a wonderful talk on the feasibility of BECCS showing that over 100 scenarios simulated in climate change models relied on this technology in order to achieve the 2oC target with an estimated removal of 200 GtCO2/year, thus highlighting its importance. A general model was investigated based on influence and pedigree of results where two zones were identified, one of bad pedigree, representing a danger zone, and another of good pedigree, representing a safe zone.

The model was presented in a workshop attended by a group of experts and after they gave their assumptions the model showed a good technical knowledge of CCS. However it can still produce some misleading results that can be countered if more detailed models are used. These misleading results, combined with the uncertainty derived from interactions between the system and the environment, along with social, economic and policies, decreases the prospects for utilizing this technology. 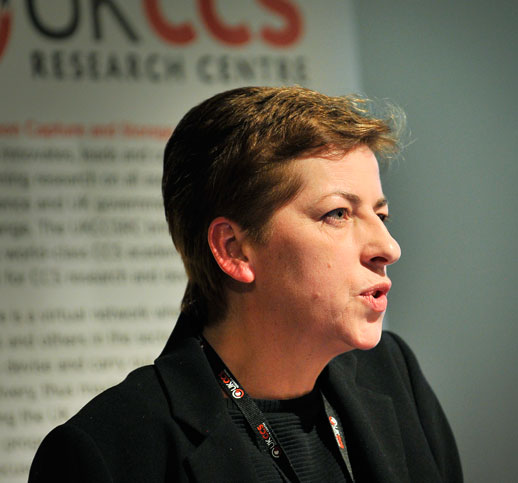 Dr. Mairi Black started her talk with a question on how much will we be able to grow in order to tackle the challenges in using biomass, taking into account that in the UK many of the feedstock are residues from crops, with straw being the majority. Farmers should be aware of the quality and quantity of land to grow the crops, but in order to successful harvest them they have to be incentivised to use new technologies.

An issue in the UK regarding biomass is the fact that only small amounts of natural forests remain here, having to rely on import, and some inconsistencies are found when trying to model biomass availability. As policies and targets continue to change we must take them into consideration and only after a few years will we be able to observe their effects. Other factors such as sources, competition for resources, and sustainability of biomass supplies will also affect biomass availability.

The speaker also raised some questions regarding biomass use. Shall we plant food crops or should we focus that land to growing crops for energy? How much can we change? Are we going to be more vegetarian in the future? How much will this affect water dynamics, soil quality, and biodiversity?

In the end both speakers delivered great and engaging talks where they showed the promise of BECCS in achieving negative carbon emissions, however we should still be aware of some issues regarding where and how are we getting the biomass to be used in this technology. 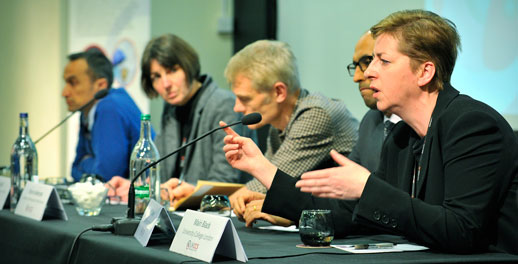