Written by Mahdi Sharifzadeh, a Research Associate at the Imperial College London, whose attendance at the UKCCSRC Biannual Meeting – Making the Case for CCS – in Edinburgh was supported by the UKCSRC Early Career Researcher Meeting Fund.

After the exciting first afternoon, the second day of the Biannual meeting was supposed to be started by Will Lochhead from the Department of Business, Energy and Industrial Strategy (BEIS – formerly DECC) who was going to give an overview of government policy in the area of carbon capture and storage (CCS). Unfortunately, Will was unable to join us, so Brian Allison from BEIS stepped in and passed on Will’s apologies and assured the audience that the government is actively pursuing this line of research. He first gave a background of the previous events, recalling the excitement that we had one year ago at the Strathclyde Biannual that was followed by a series of unfortunate and complicated events including the cancellation of the CCS competition programme, Brexit and the change of government. He emphasised that future CCS policy is still being formulated. 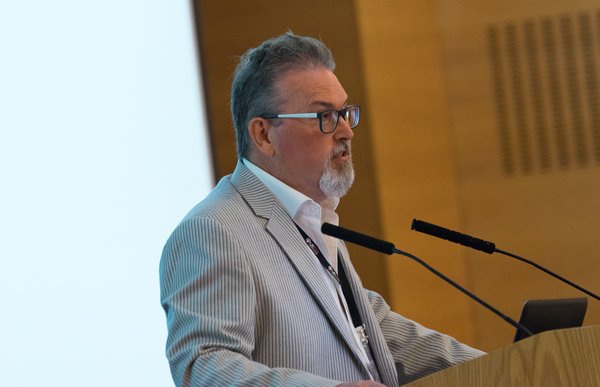 He then gave the example of the recent ERA-NET Funding call as an indicator of the UK investigators’ enthusiasm for CCS research. He highlighted the CCU study with Imperial College (which Niall Mac Dowell very briefly spoke about after) and the Oxburgh report as recent developments that illustrate the dynamicism of CCS research in the UK. The brief opening Brian gave, was followed by a question from the audience about the implications of Brexit. Brian responded that despite the current uncertainties, EU-related projects (such as ERA-NET) are progressing as normal as we are currently still a member of the EU. In addition, a team of policy-makers at the BEIS is carefully analysing the process, to make sure that the UK will remain a leader in the field of carbon capture and storage, post- Brexit. There was a second question about the government’s plans for decarbonisation of heat using hydrogen technologies and given the fact that low carbon hydrogen is only possible through CCS, whether this line of research can be promoted in the context of heat decarbonisation. Brian said that the government is considering this pathway amongst other options.