An update on the Quest CCS Project – April 2016 Manchester Biannual

This blog was written by Usman Ali who is a PhD student at the University of Sheffield and received funding to attend the Manchester Biannual Meeting from the UKCCSRC ECR Meeting Fund.

The Spring Biannual Meeting of the UK CCS Research Centre was held on 13 – 14 April 2016 at Manchester Conference Centre, and the theme of the meeting was “CCS in the UK – Moving Forward”. The first day started with delicious lunch. Following this there were a series of high quality presentations and discussions including an opening keynote on COP21 and CCS, a session on biomass energy, UKCCSRC call projects updates, financing CCS demonstration projects, and finally the Quest CCS project. The update on the Quest CCS project was provided by Alissa Cotton of Shell. 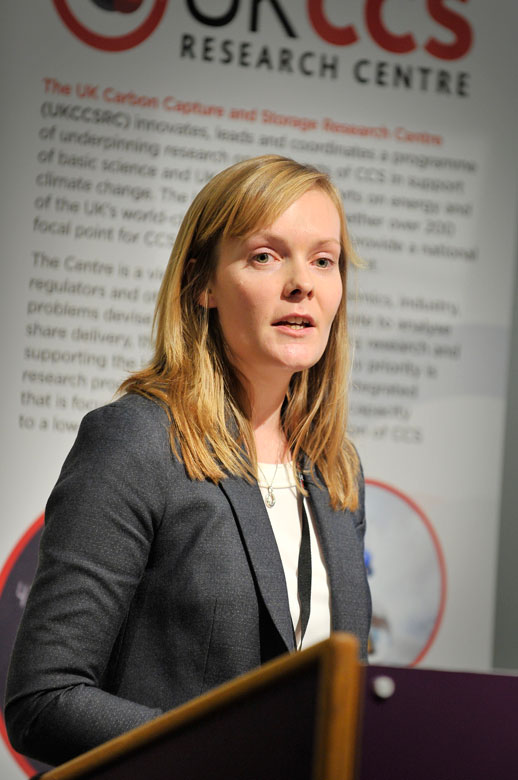 The Quest CCS project is a fully integrated CCS facility to capture approx. one million tonnes of CO2 annually, transport it and store it safely. The project is the largest commercial-scale CCS facility, located at Scotford Upgrader Complex, Alberta, Canada. Shell has 60% of the equity in the project. Quest captures part of the emissions from Shell’s Scotford Upgrader, where oil sands bitumen are converted into synthetic crude which can be latter refined into fuel and other products. The flue gas from the shift reactor is directed towards the absorber of the capture unit. The captured CO2 is compressed to a pressure of 8.5 to 14 MPa using a multistage centrifugal compressor and the dehydrator used is DGA. The captured and compressed CO2 is transported through a 12 inch pipeline to the three injection wells North East of Edmonton, Alberta, 65 km from the Scotford Upgrader. The CO2 is stored in porous rocks containing natural brine, in a formation called Basal Cambrian Sand with multiple cap rocks and salt seal layers. The injection well’s location is geologically quiet as no significant faulting is visible from wells and/or seismic studies.

Measurement, Monitoring and Verification (MMV) is implemented to confirm that the CO2 remains contained in the injection well. The three key components time, depth and spatial extent are tested for in the MMV plan. The CO2 plume in the Basal Cambrian Sand is monitored using time lapse seismic surveys as well as ground water assurance; depth, pressure, temperature and noise are also monitored. In addition spatial sensing and remote sensing for environmental surface changes is being done. The Quest CCS project was officially inaugurated on 5-6 November 2015 and until February 2016 half of the CO2 was successfully injected. The Quest CCS project results in reduced CAPEX with reduced capital cost for capture system and reduced pipeline cost.

In her presentation, Alissa further mentioned that collaboration and knowledge sharing is key to moving CCS forward. A collaborative engagement program is being carried out at Quest with three stakeholders including government (both provincial and federal), CCS community and industry experts, and NGOs. In this, the public have been engaged through booklets, news releases and open houses. Other regulatory and stakeholder engagement includes a stakeholder consultation program, open houses, Quest cafes, Bi-annual County and Town council updates and monthly community advisory panel meetings on the MMV program. 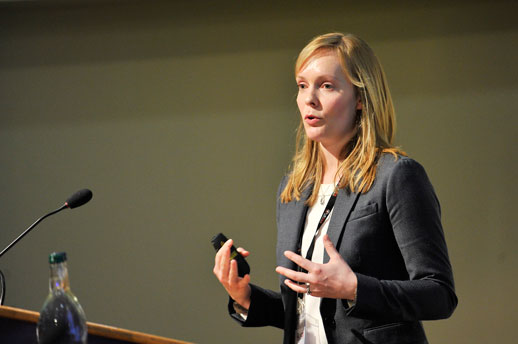 Further, Alissa mentioned that CCS will require adequate support to demonstrate CCS and reduce costs from first of a kind to Nth of a kind to deliver a competitive and viable technology in a decarbonised world. Capital grants are needed during development, open support during development and demonstration, and finally reduced CO2 prices during deployment, for CCS to be successful. Finally, Alissa mentioned that CCS is required to meet the Paris ambition of less than 2oC temperature rise.

I would like to thank the UKCCSRC for providing me with support from the ECR fund to attend the biannual meeting and giving me the opportunity to meet other people working on CCS and be informed about recent developments.