An ECR in Gothenburg, Sweden

Firstly I would like to take this opportunity to give a big thank you to the UKCCSRC for their financial support through the ECR International Exchange Fund, which provided me the assistance necessary to complete this three-month research secondment. As an ECR, the ability to conduct research abroad and network internationally has been invaluable to my professional development and will stay with me as a very memorable experience.

I would also like to thank Dr. Henrik Leion, Dr. Tobias Mattison, and Dr. Golnar Azimi from Chalmers University for co-ordinating my visit and experimental studies. Their fruitful discussions and project supervision provided me great insights from an external perspective. Their support allowed us to generate a successful and publishable collaborative series of experimental investigations. 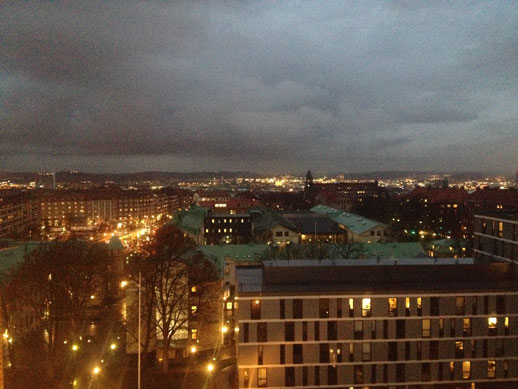 The faculty of inorganic chemistry and energy technology at Chalmers University is one of the most prominent research groups within the field of chemical looping combustion (CLC). It was with the sincerest gratitude that I had the opportunity to work with such a team and conduct research in oxygen carrier development using their laboratory systems.

The staff warmly greeted me on my first day. They had all the necessary arrangements made for me to get up and running. I was introduced to what I was told was the most important part of the Swedish working day… Ficka (coffee time) – taken as seriously as work itself! In the following days, my supervisors and I quickly set up a plan for research, in which we would investigate the best methods for producing oxygen carriers for the chemical looping process.

Our main aim for the project was to utilise naturally occurring ores to facilitate a medium for oxygen transfer in the combustion process. The use of ores is particularly attractive in this process due to their relative high abundance, low cost and because they are considered more environmentally friendly than substances such as nickel and copper. The ores identified for use within our investigation were Canadian iron ore, and Brazilian manganese ore. The utilisation of ores does present issues when using them as oxygen carriers. Iron ore’s chemical reactivity is limited at lower temperatures and manganese ore has low mechanical strength required for circulating fluidised bed processes and possesses thermodynamic constraints when re-oxidising. Both of these limitations were to be addressed in the research program. It was decided the best approach to produce the required oxygen carriers was by a method of dry impregnation with metal salt solutions. This method had been utilised by other research groups, though none had attempted to improve the characteristics of naturally occurring ores.

My first six weeks mainly focused of the preparation of the oxygen carrier particles. The process entailed several re-occurring steps of heat treatment, mechanical sieving and precise thermal decomposition to ensure the final product was what the team envisaged. Aside from this production process, I had the opportunity to oversee the operation of the energy technology faculty’s various pilot plant chemical looping facilities. This was such a valuable experience as it allowed me to absorb and transfer this operational knowledge in to my research program in the UK. 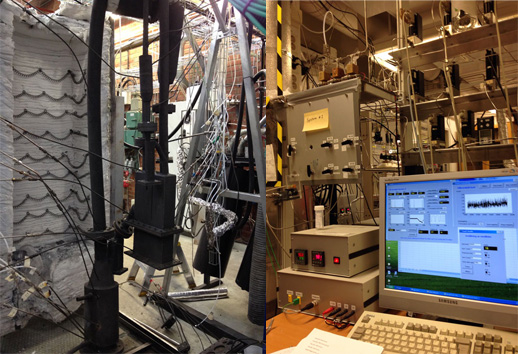 The opportunity to work directly with the CLC group at Chalmers University was particularly advantageous for my research abroad and at my home institution. Weekly meetings with the group gave me insights into the broader modes of investigations being conducted across the field. They provided me a platform to discuss my research and ideas with peers who are directly related with experimental research. On several occasions these collaborative discussions resulted in novel ideas and concepts that I believe contributed heavily to the success of this research project.

I was very lucky to experience Gothenburg in the lead up to Christmas. The city was beautifully and seasonally transformed, with festive decorations all over. The winter weather and limited daylight was something to get used to, but was made much easier by the whole city’s plentiful festive spirit. Ficka also became a little more festive, with treats becoming more abundant and indulgent.

Following the December break, my efforts focused on testing and characterisation the produced oxygen carriers. An experimental plan of reactivity with gaseous fuels including synthesis gas 50% H2, 50% CO and methane was conducted and yielded promising results. The oxygen carriers were also subjected to inert phases of N2 to investigate possible gaseous oxygen release, which would be advantageous for solid fuel conversion. 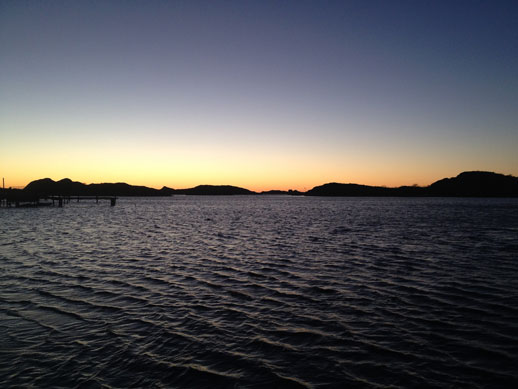 The rate of attrition was investigated by a unique technique using high velocity cyclonic jet cup. Crushing strength experiments were also conducted to characterise the potential strength of the oxygen carriers. It was deduced that the method of dry impregnation increased the attrition resistance and crushing strength significantly.

By the end of the research program I felt I had gained invaluable experience and had come away with a deeper understanding of my field, its specifics and a broader depth of its placement as a promising carbon capture technique. I can safely say that my time spent living in Gothenburg and working at Chalmers University, the friends I made and the academic peers I networked with was a unique, memorable and enjoyable experience, which will stay with me for many years to come.

This trip lead to a paper on “Enhancing properties of iron and manganese ores as oxygen carriers for chemical looping processes by dry impregnation” being published, read it here.