An ECR down under: Catriona Reynolds’ visit to CSIRO June-July 2015

Home » Blog posts » An ECR down under: Catriona Reynolds’ visit to CSIRO June-July 2015 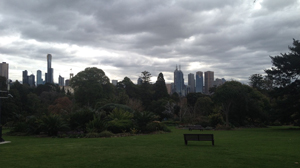 I arrived in June, in the midst of the southern hemisphere’s winter, to a chorus of “Why have you come now?” Yes, perhaps leaving behind a UK heat wave for the Australian mid-winter would not be everyone’s first choice but after 2 and half years absorbed in an experimental PhD my sense of time, day of the week and season was a little out of whack – definitely time to get out of the lab!

The aim of the trip was to start implementing some of the experimental data I’d acquired into reservoir models of the CO2CRC Otway project. For my PhD research I measured the flow behaviour of CO2 and brine at reservoir conditions and in particular, perform relative permeability and residual trapping measurements.  I’d measured various relative permeability curves on a 4cm by 20cm core sample from the 2C interval at Otway at several different flow conditions and was keen to see how the interactions between flow and rock heterogeneity I’d seen in the core experiments would scale up in the reservoir models.

Being at the end of my PhD now, I’d forgotten the advice given to me at the beginning – ‘Start small.’ Three weeks to learn numerical modelling in TOUGH2 from scratch, starting with 1D displacements and moving all the way to a 3D model using hysteretic relative permeability curves and capillary pressure data may have been a little ambitious. Although I didn’t quite make it to the full geological model, the trip has provided an excellent basis from which to develop my modelling skills. With the help of Jonathan and Tara we are developing a modelling strategy for the experimental data and have the beginnings of what I believe will be a very productive collaboration.

As well as the modelling work I carried out at CSIRO, I was able to present my work at the University of Melbourne, hosted by Ralf Haese, and at the CarbonNet Project, a project funded by the Australian and Victorian governments to determine the feasibility of commercial CCS in Victoria, Australia. 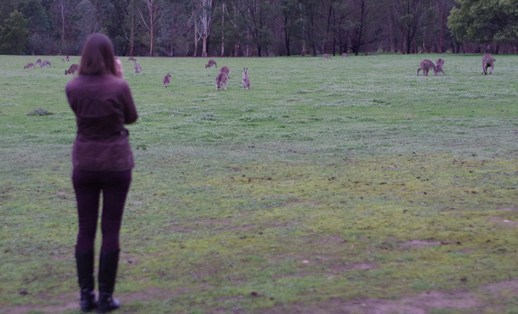 I’d like to thank everyone at the CSIRO Clayton Energy group and in particular Jonathan Ennis-King for being so patient when TOUGH2 refused to run, Lincoln Paterson for showing me the king of Australian creatures, the kangaroo, and Tara La Force for her advice on what to do next with the modelling. I’d also like to thank Ralf Haese for hosting me at the Peter Cook Centre for CCS at the University of Melbourne right in the middle of setting up their new lab, and Nick Hoffman at the CarbonNet Project for some timely and very useful discussion about the implications of my research on large scale CO2 storages sites.

I whole-heartedly encourage ECRs to make use of the International Exchange Fund – it’s a fantastic way to start new collaborations with experts across the globe.