A trip to the Geological Survey of Canada in Ottawa

I was truly elated by the news that I had been successful in my application to the UKCCSRC ECR International Exchange Fund Call 4 to visit the Geological Survey of Canada (GSC)! After months of putting everything in place, I was excited to head back to the Maple Leaf Country, especially in April, since I was sure, like everyone else that the weather would have been perfect – sunny and cool. However, Mother Nature had other plans, for in Ottawa, April won the record for the most snowfall for the entire winter… The upside was that April being as unpredictable as it is, ended as I would have loved.

Settling in at the Geological Survey of Canada (GSC) was quick work. My host was able to secure a comfortable private office for me, even while having the entire research group being relocated to another building. I felt welcomed and the beautiful big window that allowed the morning sun to enter added to my comfort. 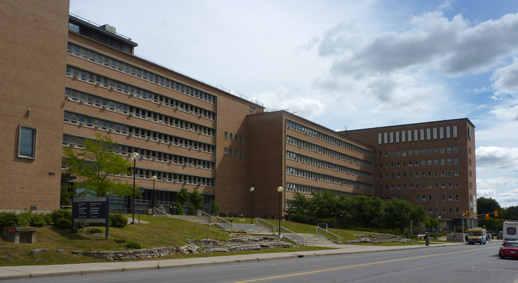 Everything was in place, so from day one it was work, work, work! Four very intense weeks of 4D seismic data processing and analysis. The goal of this visit was to complete a time-lapse analysis on the post-injection 3D dynamite seismic dataset to determine and analyse the time-lapse signal at the Aquistore CO2 storage site located in Saskatchewan, Canada. The 3D seismic dynamite survey was acquired in February, 2016 after 20,000 tonnes of CO2 had been injected. The CO2 has been injected at variable daily rates from the start of injection in April, 2015. At one point, the CO2 was being injected at a rate as high as 2,000 tonnes per day into the saline aquifer reservoir located at ~3200 m. The 150m thick reservoir is bounded by the Precambrian basement at the bottom and the local seal, the Ice Box shale at the top.

The 3D seismic dataset is scientifically interesting in the context of time-lapse imaging because Aquistore is the only large-scale demonstration project to have a permanently installed sparse receiver array that is buried below the weathering layer (at 30m). Additionally, the survey shots are detonated 15m below the surface and their locations are repeated over each survey. These two elements contribute significantly to the lowering of the 4D seismic noise and thus should allow for true time-lapse differences to be observed when CO2 is injected in the reservoir.

The method of time-lapse monitoring is the evaluation of the differences between a pre-injection survey, normally referred to as the baseline and a post-injection survey, referred to as a monitor survey. The presence of CO2 in the reservoir would cause a change in the physical properties of the sediments, which an impact the seismic response. Taking the difference between two datasets that have been individually processed to preserve the amplitudes and reduce the time-lapse noise may highlight the regions in the reservoir where CO2 is present.

The time flew by very quickly. Each week was packed with tasks to be completed. However, at the end of my stay, a preliminary analysis of the time-lapse signal was completed. This included the comparison of the pre-injection and post-injection seismic datasets. The immediate aims of the research in Ottawa were to: (i) determine the usefulness of a sparse permanent 3D seismic array in the detecting the CO2 plume; (ii) evaluate the size and extent of the CO2 in an effort to determine the CO2 containment within the reservoir; and (iii) assess fluid migration within the reservoir.

I am happy to report that the results of the time-lapse analysis between the baseline and the post-injection survey suggest that we have been successful in our aims. The next phase is to publish these results and thus, I cannot give details here. Please look out for an update regarding this!

My visit was hosted by Don White, the chair of the Aquistore project. During my stay, I was able to interact with the small group of researchers within the 3D Seismological and Imaging Group of which Don is a part. They work on a plethora of exciting science, and together have extensive experience. In collaboration with Dr. White, a few of the researchers are looking at different methods for CO2 monitoring which includes interferometry and VSP recorded with optical fibre. I believe that at some point it would be worth collaborating with these scientists in the integration of the different types of results towards improving the ability to effectively monitor the injection CO2 in the subsurface. 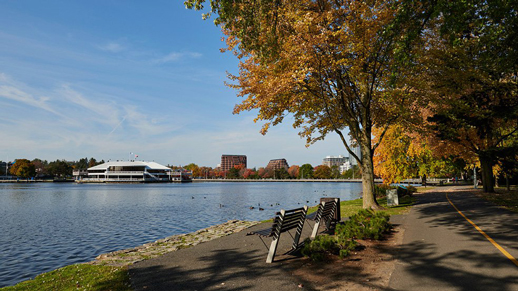 The GCS’s building is within walking distance to Dow’s Lake, which makes for a nice pick-me-up during the day and a commune with nature during the weekends. There is a great pavilion where one can bask while having drink or where one can opt for a stroll along the Rideau Canal which transitions from the world’s longest ice rink during winter to the hub for countless water activities in the summer. The evenings at home were still, which made a night’s rest peaceful. One of the little treasures of my stay was the freshly brewed organic coffee at the Morning Owl where the baristas’ friendly demeanour helped to begin my day right!

I have had a wonderfully productive time in Ottawa, and look forward to continued collaboration with the GSC and PTRC (the organisation that manages the Aquistore Project). I wish to thank the UKCCSRC for providing funding for this collaboration. I am very grateful for this great opportunity to expand my knowledge base in relation to CCS monitoring, specifically, the exposure to time-lapse analysis on this unique 3D seismic dataset. I also which to thank Don White for hosting me at the GSC and for his input during the data processing.

My visit to the GSC has increased my competency and research capacity and contributed to my skills development. I am excited about the possibility to be able to apply and share this knowledge in the UK CCS industry and with UK CCS researchers.  I have also been able to strengthen ties with the GSC and the PTRC as well as other Canadian CCS researchers. The experience I have had was invaluable.