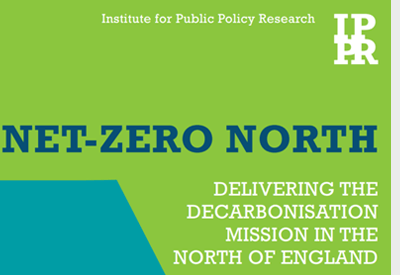 The call for significant investment in Carbon Capture and Storage (CCS) infrastructure for the North of England, in a recently released IPPR report, has been welcomed by the UKCCSRC.

The report, titled Net-Zero North, recommends that implementing the infrastructure to support CCS in the North will support the future economic growth of the region by providing competitive industries and jobs in the sector.

The report builds on the conclusions from a working paper released earlier this year by the Northern Energy Taskforce that outlined the need for a new Catapult organisation to oversee the drive towards Northern CCS clusters.

Professor Jon Gibbins, UKCCSRC Director commented “This report gives an excellent overview of the competitive advantage that the UK, and the North in particular, can gain through implementing CCS to decarbonise power, industry and hydrogen production.”