This article has been taken from the Imperial College London website. Read the original article. 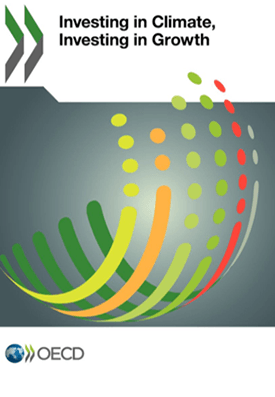 Combining growth strategies with climate agendas could have a positive impact on economic activity, according to a new OECD report involving Imperial.

Researchers from Imperial College London have contributed to a new report by the Organisation for Economic Co-Operation and Development (OECD). The key finding of the report is that policymakers need to integrate measures to tackle climate change into regular economic policy. This could generate long-term economic growth and improve productivity.

The report, ‘Investing in Climate, Investing in Growth’, advises that G20 countries – which account for 85 per cent of global GDP and 80 per cent of carbon dioxide emissions – should adopt a combination of pro-growth and pro-environment policies, driving investment in technology and infrastructure that is low in emissions and resistant to changes in climate.

According to the report, a policy package that matches climate change targets could add one per cent to average economic output in G20 countries by 2021. This would rise to 2.8 per cent by 2050.

If the economic benefits of avoiding the negative impacts from climate change such as increased flooding are factored in, the net increase to the value of goods and services or GDP produced by the G20 would be nearly five per cent by 2050.

“Far from being a dampener on growth, integrating climate action into growth policies can have a positive economic impact,” said OECD Secretary-General Angel Gurría, presenting the report at the Petersberg Climate Dialogue in Berlin. “There is no economic excuse for not acting on climate change, and the urgency to act is high.”

In the OECD report the team identified key technological innovations that will be critical to achieving a low-carbon economy. These include carbon capture and storage (CCS), which involves capturing carbon dioxide before it is emitted into the atmosphere.

Other innovations identified include:

“Carbon dioxide emissions will need to be net zero by 2070 if we are to have a chance of limiting the average global temperature rise to two degrees,” says Dr Napp. “To achieve this, it is likely we will be heavily reliant on carbon capture and storage (CCS) and ‘negative emissions’ technologies that remove greenhouse gases from the atmosphere, particularly to offset emissions from challenging sectors such as industry and aviation.”

The industrial sector currently accounts for around 30 per cent of global greenhouse gas emissions, of which 70 per cent comes from steel and cement production.

“CCS provides one of the few options to reduce the emissions from heavy industrial activities, which is why the advancement of conventional CCS technologies is so critical,” says Dr Napp.

Similarly, the options for a low (or zero)-carbon aviation sector are currently extremely limited. According to Dr Napp, biofuels present the most viable alternative, and hydrogen powered planes should not be ruled out, but the industry will need to overcome significant technical challenges before they can become a reality on a commercial scale.

“To fully eliminate greenhouse gas emissions, we need to invest in research and innovation now so that these technologies can become commercially viable by later this century,” she says.